The United Nations Organization for Education, Science and Culture (UNESCO) was founded on 16 November 1945.

UNESCO has 195 Members and eight Associate Members of which the British Virgin Islands has been associated since 1983. UNESCO is governed by the General Conference and the Executive Board. The Secretariat, headed by the Director-General, implements the decisions of these two bodies. The Organization has more than 50 field offices around the world. Its headquarters are located at Place de Fontenoy in Paris, France, in in an outstanding, Modernist building inaugurated in 1958 and recently renovated.

The BVI National Commission for UNESCO has a vision of sustainable development encompassing the observance of human rights, mutual respect and the alleviation of poverty, all of which are at the heart of UNESCO’s aim. UNESCO works to create the conditions for dialogue among civilizations, cultures and peoples, based upon respect for commonly shared values.

The BVI National Commission for UNESCO has the mission of serving the Virgin Islands community by promoting international co-operation among the organization locally and throughout the World. UNESCO is an agency under the United Nations and, we recognize all UN Days. UNESCO aims to foster partnerships in the building of peace, the eradication of poverty, sustainable development and intercultural dialogue through Education, the Sciences, Culture, Communication and Information.

The BVI National Commission for UNESCO reaffirms the founding principles of UNESCO and enhances its role:

UNESCO is known as the "intellectual" agency of the United Nations. At a time when the world is looking for new ways to build peace and sustainable development, people must rely on the power of intelligence to innovate, expand their horizons and sustain the hope of a new humanism. UNESCO exists to bring this creative intelligence to life; for it is in the minds of men and women that the defences of peace and the conditions for sustainable development must be built.

What's Happening Within Our Department?

END_OF_DOCUMENT_TOKEN_TO_BE_REPLACED 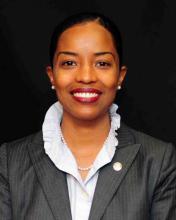