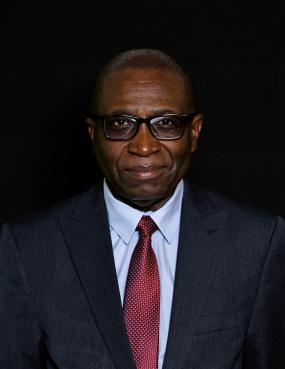 Mr. Arnold Ainsley has been appointed Accountant General in the Treasury Department of the Government of the Virgin Islands, effective January 24 for a period of two years.

Mr. Ainsley’s appointment comes following the approval of His Excellency the Governor, Mr. John Rankin, CMG in accordance with Section 92 of the Virgin Islands Constitution Order, 2007 and the advice of the Public Service Commission.

Acting Financial Secretary, Mr. Jeremiah Frett said he is pleased to have Mr. Ainsley join the Public Service as Accountant General to utilise his skillset for the further improvement of the functions and activities of the Treasury Department. Mr. Frett said that his extensive experience in the financial sector, as well as with the International Monetary Fund’s Caribbean Regional Technical Assistance Centre (CARTAC) will serve as a benefit in his position as Accountant General.

Mr. Ainsley holds a Bachelor’s Degree in Management Studies from the University of the West Indies in Kingston, Jamaica and an MBA in Finance from the Manchester Business School in the United Kingdom.

As Accountant General, he will oversee the design, development and implementation of improvements to the Government’s accounting system to ensure proper accounts are maintained, and advise the Financial Secretary on Government’s investment opportunities to ensure maximum financial returns are achieved.

He will also establish and maintain effective procedures to record the receipt and payment of all public monies to ensure audit regulations are adhered to and accurate records are available for reference, while overseeing the preparation of the annual accounts of the consolidated fund and other public funds. Mr. Ainsley will oversee the monitoring of accounts and initiate investigations, as required. Additionally, he will participate in the technical development and mentorship of succession candidates within the Treasury Department.