Ministry of Transportation Works and Utilities
Department of Motor Vehicles

Topic: Health and Safety, Transportation and Traffic | Posted By: lstevens 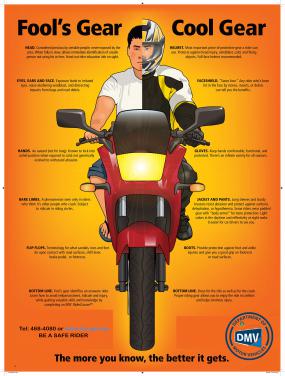 Minister for Transportation, Works and Utilities, Honourable Kye Rymer reiterated the importance of safety when operating motor bikes on the Territory’s roads while addressing the biking community last Saturday.

Honourable Rymer spoke with the bike riding enthusiasts at the Ultimate Rider’s Run 2020 Licensing and Registration drive on the operation of this means of transportation, in compliance with the laws of the Virgin Islands.

The minister applauded the organisers of the event for partnering with his ministry through the Department of Motor Vehicles, to ensure that participants in their annual Biker’s Run are practicing safety and are operating legally on the public roads.

Acting Commissioner at the Department of Motor Vehicles (DMV) Mr. Gregory Skelton said, “Thirty-two persons were successful in the scooter test, of those that tested, 17 were new and 15 were upgrades.”

Guest Speaker Mr. Shane Winter while emphasising the use of helmets, recounted riding as a young man when his helmet was cracked in half after being flung from his bike and landing on his head. He said had it not been for his helmet, he would have lost his life. “Wearing your helmet and gloves, shoes and your jacket is cool. You have to invest in your safety,” Mr. Winter stressed.

Ms. Tashima Martin, a director of the Biker’s Run said she was grateful for the presence of the minister, representatives from Department of Motor Vehicles, Nagico Insurance and for the wisdom shared by Mr. Shane Winter.

Ms. Martin said “I have a son who is here taking the test and I am doing my part to ensure that he does so safely and in the right way.”

“I am happy about the success of our initiative, but I wish that there were more parents here, to hear and ask question as many of the times they are the ones that buy the scooters for their children,” Ms. Martin added.