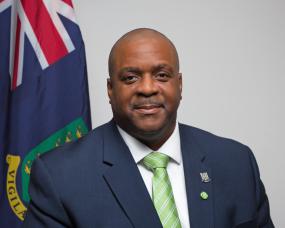 In a statement Premier Fahie said: “As our treaty partner, we continue to cooperate with France on an ongoing basis to meet our treaty obligations. However, there appears to be a misunderstanding and possible miscommunication on certain matters which we are working with our French partners to resolve.

For the duration of our relationship we have diligently followed the processes laid out in the BVI-France Tax Information Exchange Agreement (TIEA) and will continue to do so. Thus, it is unfortunate that we were included on the French list while working through French requests.

I am confident, however, that all outstanding issues will be addressed within the terms of our TIEA and the BVI will be delisted in due course.

The BVI is a jurisdiction that has always adhered to international standards and maintains good cooperation with jurisdictions around the world.

Background to the issue and steps taken by the relevant Competent Authority in the BVI:

The BVI has a Tax Information Exchange Agreement (TIEA) with France which was signed in 2009. A TIEA is a bilateral agreement that has been negotiated and signed between two countries’ tax authorities to establish a formal regime for the direct exchange of information relating to tax matters. The BVI currently has 28 such agreements with nations around the world.

The TIEA includes Article 12, a commitment to a mutual agreement procedure for the resolution of any concerns.

In addition to its 28 TIEAs, the BVI was an early adopter of the Common Reporting Standard (CRS) in tax matters which sees the jurisdiction exchanging relevant information with over 100 countries.