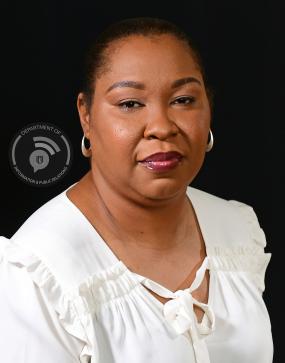 Observers, including an international team of analysts and others invited by the Commonwealth Parliamentary Association, were tasked with reviewing election processes in accordance with international standards and domestic legislation from April 6 to 16 .

The observers would witness an election in person, but the format was varied due to COVID-19.  The team interviewed stakeholders including the Cayman Islands Governor and Deputy Governor, the Supervisor of Elections and election officers, members of the media, political candidates, and members of civil society. Their observations will inform a report of recommendations for improving the Cayman Islands electoral process.

“I am thankful that Ms. Griffin had this opportunity to see how a sister Territory such as the Cayman Islands carries out its electoral process, and that she was able to share her experience as a Caribbean elections professional with the other members of the observation team,” Mr. Archer said, adding, “Such regional and international exercises benefit good governance globally.”

Meanwhile, the Supervisor of Elections said she was grateful to be able participate, and found the experience instructive.

“I am pleased to have represented the Caribbean in this exercise, and I especially appreciate the deeper understanding I have gained from observing the commonalities and differences in elections practice of these two Overseas Territories,” Ms Griffin said.

She added, “The importance of effective, non-partisan administration of elections and an overarching legal framework with supporting mechanisms for redress cannot be underscored enough. Increasing transparency and accountability helps build the confidence of the citizenry in their electoral practices; which, in turn, heightens the legitimacy of democracy.”

The 2021 Cayman Islands General Election marks the first time voters in that Territory cast ballots for representatives to Parliament, as it was the first election since the constitutional name change from Legislative Assembly in 2020. Cayman voters selected 12 incumbents and seven newcomers, including five women, for the 19 seats in Parliament.