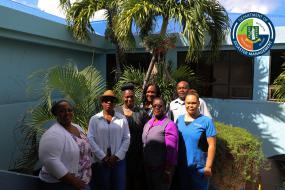 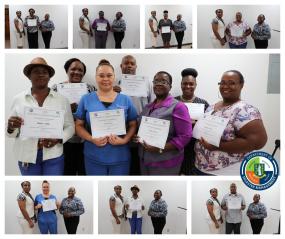 The BVI is being used as the testing ground for the first SMART standards initiative promoted by the Pan American Health Organization (PAHO).

Ancillary staff from public and private health care facilities throughout the BVI has received training in the standards which is the first of its kind to be offered by PAHO.

Director at the Department for Disaster Management, Ms. Sharleen DaBreo said there is a need for this training as there is a growing demand on care systems to operate more efficiently and for health facilities to remain safe and green.

Ms. DaBreo stated “In order to do so, there is an increased reliance on healthcare support workers. The training provided through PAHO exposes them to the Smart standards which are being promoted through the SMART Health Care Facilities Project.”

Ms. DaBreo further added that it is important that close attention be paid to skill development among ancillary staff in healthcare facilities in the Caribbean.

“Their training, support and assessment have become a priority,” she said, adding, “They provide a critical service in ensuring that the standards are implemented and issues are reported and addressed in good time to avoid lengthy downtime.”

The training also involved a number of techniques including group exercises, demonstrations, and hands-on training with fire extinguishers.  Participants were given pre-tests and post tests to determine how much of the information they were able to retain and how effective they were at explaining various processes.  At the end of the session, those who successfully achieved the pass mark were awarded certificates.

Participants expressed that the workshop was informative, people friendly and enjoyable.  Ms. Freeman, a Geriatric Aid at the Adina Donovan Home shared, “I feel like I can go back and share what I have learnt with others on the job.”

Phase II of the SMART Health Care Facilities in the Eastern Caribbean Project officially commenced on June 10th 2015 and is being implemented in seven (7) selected countries, namely Grenada, Saint Lucia, St. Vincent and the Grenadines, Dominica, Jamaica, Belize and Guyana and is expected to conclude in 2020.

The project is being financially supported by the United Kingdom's Department for International Development (DFID) in the amount of nearly £40million through the Pan American Health Organization (PAHO) Emergency Preparedness and Disaster Relief Department in partnership with the Ministry of Health in each target country.