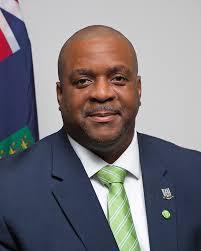 Premier and Minister of Finance of the British Virgin Islands (BVI), Honourable Andrew A. Fahie, has reiterated the support of the Territory’s Government for working with the United Kingdom Government (UKG) towards implementation of a publicly accessible register of beneficial ownership for companies, “in line with international standards and best practices as they develop globally,” with certain reservations.

In a Financial Services summer update, Honourable Fahie reminded industry practitioners that as significant milestones in the area of beneficial ownership approach, his Government is continuing to take note of developments in this sphere. He said the BVI acknowledged and recognised that the continued success of its financial services industry requires that the Territory continues to align itself with industry standards as they emerge, taking the informed and nuanced decisions required as circumstances develop.

Addressing the Virgin Islands House of Assembly this morning, 22 September, 2020, the Premier stated:

“Mr. Speaker, subject to our reservations below on the format that the publicly accessible registers of beneficial ownership is to take, your Government commits to work in collaboration with HMG towards a publicly accessible register of beneficial ownership for companies, in line with international standards and best practices as they develop globally and, at least, as implemented by EU Member States, by 2023, in furtherance of the EU fifth Anti-Money Laundering Directive.

“I wish to emphasise as stated above, this undertaking is subject to our reservations which include that the format must be in line with international standards and best practices as they develop globally and, at least, as implemented by EU Member States.

“In advancing this commitment, we will be informed at all times by global best practice at the time within a timeframe that we consider deliverable.”

Honourable Fahie said this commitment is made “with all due regard to the protection of, and proportionate safeguards for, all rights secured under our Territory’s Constitution, and without prejudice to any interpretation of our Constitution expounded by a Court of law, whether in the past, pending, or in the future.”

The Constitutional protections, he said, would include those provided under the principle of the Rule of Law as well as under the umbrella of Human Rights.

Honourable Fahie noted that the BVI is honoured to be a premier international finance centre and continues to dutifully embrace the responsibility that comes with this reputation, which is to adhere to global standards in combatting money laundering and countering the financing of terrorism and to avoid the misuse of its companies, products and offerings for the furtherance of illicit or nefarious deeds. However, he cautioned that there is legitimate ground for concern that, without appropriate checks and balances, publicly accessible registers could be abused by persons with ill intent, such as kidnappers.

The Premier said while it is a noble objective to seek the prosecution of terrorists, tax evaders and money launderers, the net that will be cast by the currently proposed model of publicly accessible registers, is disproportionate, since it can be used to breach the rights of the law-abiding and tax-paying individuals who are far greater in number than the targeted law-breakers. There needs to be prudence and balance in the systems, he said.

“The innocent could also be deprived of their safety and enjoyment of their legitimate property as they and their families could be exposed, through the publicly accessible registers, to their personal information being easily accessible by persons with ill intent such as kidnappers.

“The Government of the Virgin Islands is firmly of the view that it must also be kept in mind that some of these innocent potential victims are children who are beneficiaries of trusts. Extreme care must also be taken to ensure that minors and other vulnerable categories of persons are not exposed to danger,” Honourable Fahie stated.

The Premier added that he has written to the UKG suggesting that there are alternative models that allow access to the various levels of data that would be contained in a register, which models contain built-in safeguards such as the use of warrants approved by the court based on the demonstration of probable cause to grant access to sensitive personal information.

“These pose significantly less risk to the financial services industry while satisfying the objectives of law enforcement to identify and prosecute terrorists, tax evaders and money launderers, while not disproportionately infringing on the rights of the innocent and law abiding. It is the BVI’s submission that such models are worth exploring in the meantime,” he said.

Honourable Fahie said the BVI remains committed to adhering to the exchange of beneficial ownership information under the Exchange of Notes signed in 2016, adding that his Government “will continue to closely monitor the developments in the international financial services industry and ensure that we remain in compliance with all the relevant requirements as this is important to the Territory’s competitive position.”

The Premier reminded the public that over the past decades, the BVI has worked alongside various standard-setting bodies such as OECD and FATF and other relevant bodies - not only on anti-money laundering and countering the financing of terrorism but also on related issues such as information exchange, beneficial ownership and economic substance. He said the BVI’s commitment to international cooperation in the fight against financial crime was augmented with the introduction in 2017 of the best-in-class, renowned Beneficial Ownership Secure Search System®, BOSSs® - a searchable portal where the verified beneficial ownership information on BVI companies is held, accessed and, where appropriate, shared with competent authorities, including in the United Kingdom.

Further evidence of BVI’s voice in the fight against financial and economic crime, Honourable Fahie said, includes the Territory being a long-standing member of the Egmont Group of financial intelligence units; an Early Adopter jurisdiction with the OECD; currently ranked as largely compliant with the Global Forum and the FATF, and party to the Exchange of Notes on the exchange of beneficial ownership information.