BVI Remains Under Drought Watch: Only 3.5 Inches Of Rain In 2015 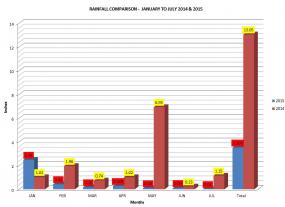 A drought watch remains in effect for the British Virgin Islands given the significant reduction in rainfall recorded for the first half of this year.

Rainfall statistics accumulated by the Department of Disaster Management (DDM) for the period January to June reveal a total of only 3.5 inches of rainfall, with the majority occurring in January and February. Comparing the same period in 2014, rainfall totals were at 13.5 inches.

This significant reduction in precipitation has resulted in a drought watch being issued for the BVI. A drought watch means that a drought is possible and governments are encouraged to take action to implement drought management plans which include the protection of water sources, implementation of conservation practices, and monitoring and repair of infrastructure to minimise water loss as a result of leakage. 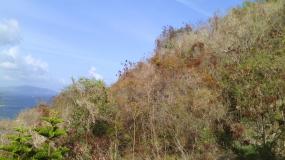 Chief Agricultural Officer, Mr. Bevin Braithwaite detailed the extent of local impact saying “The foliage is significantly dry, creating difficulty for farmers in finding suitable pasture for their animals. The limited water supply is causing considerable reliance on subsidised feed which has to be imported. Government is examining ways to assist local farmers.”

The Virgin Islands Fire and Rescue Service has not reported any significant increase in bush fires. However, they are cautioning residents not to engage in any outdoor burning during this particularly dry period.

Director of the Department of Disaster Management, Ms. Sharleen DaBreo said “This part of the season is drier than usual and temperatures are above normal. There is an indication that the heat is becoming uncomfortable for many residents, primarily children and the elderly.  It is important that these vulnerable groups are kept cool as they are most susceptible to the effects of heat.”

Stressing the importance of conservation, Ms. DaBreo said, “With the drought watch now in place, residents are urged to conserve water and monitor their homes and businesses to ensure that leaks are detected and repairs made urgently.” 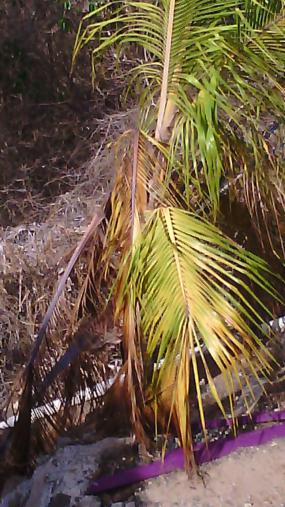 The prolonged dry period is not unique to the BVI as records indicate that this is the worst drought in the Caribbean in the past five years and there is concern that the impact on crops, livestock and reservoirs could worsen in the coming months.

Forecasters have indicated that the intense dry conditions is as a result of El Nino, a phenomena which results in the warming of the tropical Pacific and affects global weather patterns. Forecasters had previously indicated that the El Nino will cause a quieter than normal hurricane season with shorter periods of rainfall. The few tropical disturbances that have formed have not had any significant effects on water supply.

Many Caribbean islands are being affected by the drought conditions with Puerto Rico being among the worst hit by water shortage which is affecting 1.5 million people. The Government of Puerto Rico has been forced to impose strict rationing and use the local National Guard to distribute water and impose fines on persons and businesses which use the scarce water resources improperly.

A drought warning is currently in place for Puerto Rico, St. Lucia, Cuba, Dominican Republic, Dominica, Martinique and the western side of Belize.

The Caribbean Agricultural research and Development institute has reported that the drought has resulted in more than $1 million in crop losses, tens of thousands of dollars in livestock losses and water systems are near collapse. In addition, many hotels are being affected and have curtailed water usage as a result of reservoirs being far below capacity.