BVI To Use Digital Technology As Driver To Stimulate Its Economy 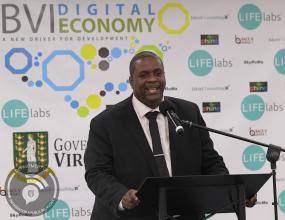 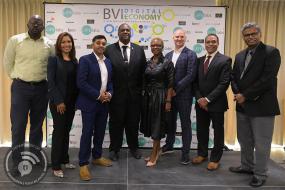 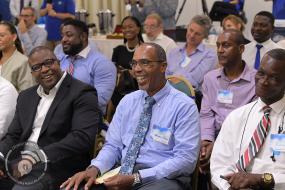 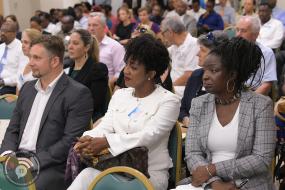 Premier and Minister of Finance, Honourable Andrew A. Fahie says the BVI has an opportunity to create an economic driver to stimulate its economy following the hosting of its first Digital Economy Symposium.

Premier Fahie while addressing the event said the move to digitisation is happening globally and that the BVI has been tapped with a number of proposals that could potentially position the Territory as a Financial Technology hub.

The Premier said, “FinTech is currently disrupting sectors with services such as mobile payments, money transfers, fundraising, and KYC compliance. This is the new emerging technology that helps consumers or financial institutions deliver services in newer, faster ways than traditionally available.”

He added, “We also have blockchain technology that looks at our digital currency, which offers significant benefits to the BVI, which are paramount to the Territory. We welcome this innovative technological advancement with open arms.”

Premier Fahie said this new wave has made a big impact on economies and all sectors including Government, marine, real estate, banking, agriculture and commerce.

The symposium saw a team of experts in Digital and Financial Technology holding discussions with stakeholders from the public sector, private sector, banking, financial services commission, information communication and technology, legal and compliance.

Presentations were made by industry experts including Rosita Scatliffe- Thompson of SkyRoMa Consultants who explained the role that both Bitcoin and Blockain presently play in the industry. She spoke about how the technologies emerged and how they are developing.

Sanjay Jadhav and David Pugh-Jones of LIFELabs.io spoke about the BVI Digital Transformation, while Zia Paton of PricewaterhouseCoopers presented on Building a Digital Nation and understanding the elements of the ecosystem. These she said are required to build and advance a Digital Nation Strategy including a Roadmap and Key enablers to support execution of the strategy.

A panel discussion was also held with ICT experts and representatives from the Telecommunications and Regulatory Commission while other presentations were made by local innovators Mr. Phillip Fahie of Ari-Tech and Ms. Angelle Cameron who presented on behalf of Mr. Chad Lettsome of Ching.