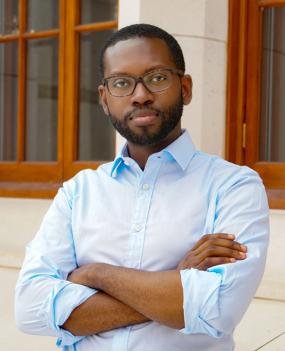 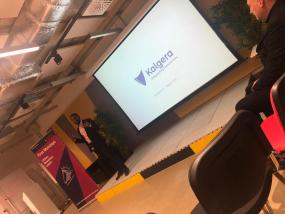 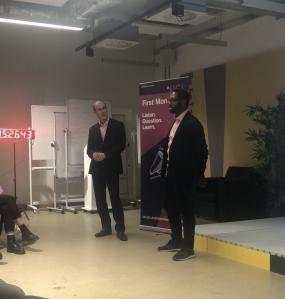 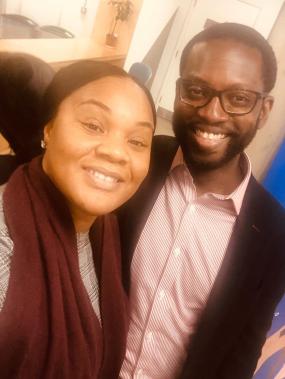 “No one truly cares about your idea except you” was one of the harsh truths echoed by Dr. Dexter Penn to a room full of aspiring entrepreneurs and business persons at a University College London (UCL) Innovation and Enterprise event on  2nd December.

Dr. Penn shared his arduous but rewarding journey of developing Kalgera, a digital tool aimed at protecting the finances of vulnerable persons, which he founded in 2016.  He spoke about the unexepected halt to his plans in 2017 when he dropped everything to go to the aid of the BVI community and his family after Hurricane Irma wreaked havoc on his home in 2017. Dexter revealed that it was a moment of reckoning which reminded him to always expect the unexpected and that some of the most important things do not come with a price tag.

A medical doctor by training and a clinical researcher at the world leading UCL Dementia Centre, Dr. Penn shared that the idea of Kalgera came to him while hearing a repeated cry from his patients who had been defrauded to the tune of tens of thousands of pounds. Kalgera’s fintech platform fuses neuroscience research and Artificial Intelligence (AI) to mitigate fraud risk by detecting and predicting financial behaviour associated with vulnerability.

“I am overjoyed and proud of Dr. Penn’s accomplishments, he is a shining example of what is possible for young BVIslanders on a global stage and this is just the beginning. His achievements are timely and highlight the Government’s current drive to foster a culture of digital innovation and entrepreneurship in the BVI” shared Siobhan Flax Deputy Director of the BVI London Office who attended the First Monday’s event at UCL.

Dr. Penn has blazed a path with this cutting-edge concept and has earned many notable accolades. He was recently featured in the Financial Times, Forbes and most recently, the leading international publication The Sunday Times Business section on  1st December, 2019. In November, the company was awarded a £100,000 prize and has been selected to join the Nesta Open Up 2020 Challenge. Kalgera won the UCL George Fahra New Venture Award, being named by Tech Nation as one of three ‘Top New Financial Inclusion Startups’, and listed by Centrica as one of the ‘Top 20 Global Ageing startups’.

Dr. Penn has also contributed to discussions around public policy at 10 Downing Street and is also a member of the All Party Parliamentary Group for Longevity. He is also a fellow on the NHS England Clinical Entrepreneur Programme and has secured over £300,000 in private equity investment. With the increased funding capacity, Dr. Penn and his team are poised to grow Kalgera and plans to reach new markets in the future, the BVI is certainly on the horizon.

The BVI London Office represents the interests of the Government and people of the British Virgin Islands in the United Kingdom and Europe; it was opened in 2002.