Climate Change Trust Fund Board To Be Reestablished 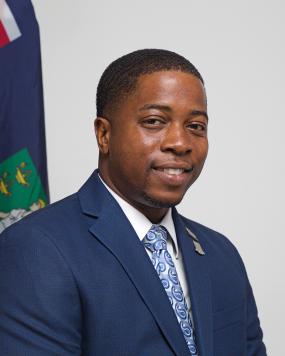 Minister for Natural Resources and Labour Honourable Melvin M. Turnbull announced the re-establishment of the Virgin Islands Climate Change Trust Fund Board, after being dormant for over three (3) years.

In an official statement which aired yesterday, Minister Turnbull also issued an apology to the previous board members, stating, “It is now incumbent upon me as the Minister for Natural Resources and Labour, with whom responsibility for climate change rests, to offer a sincere apology on behalf of the Government of the Virgin Islands to each member of the Virgin Islands Climate Change Trust Fund Board who was duly appointed and serving and whose membership was wrongfully revoked on April 24, 2019.”

The honourable minister also offered an invitation to the previous board members to serve on the re-established board if they choose to do so.

The board, the first of its kind in the region, was established by the Virgin Islands Climate Change Trust Fund Act, 2015 as an independent entity responsible for raising, managing, and disbursing funds to build the Territory’s resilience to climate change impacts and to reduce its carbon emissions.

Honourable Turnbull said, “The fund is our best hope for protecting our low-lying coastal communities from sea level rise and stronger storm surge, by restoring and protecting our coral reefs and mangroves. The fund is also our ticket to funding our transition to energy independence and security, while being an example to the world, through large-scale conversion to clean, green, renewable energy.”

The full statement from Honourable Melvin Turnbull can be viewed on the Government’s website at BVIGovernment.

The Government of the Virgin Islands through the Ministry of Natural Resources and Labour continues to effectively manage and administer the natural resources of the Territory in a manner that ensures long-term sustainability.