Code Of Conduct For Political Parties And Candidates In Effect 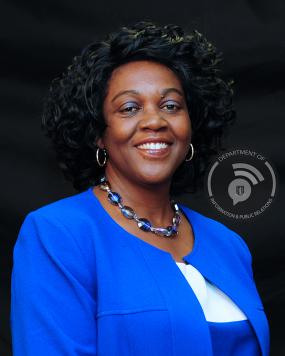 A Code of Conduct now exists for political parties and candidates with the 2019 amendment to the Elections Act now in force.

The purpose of the code is to promote conditions that are conducive to free and fair elections and a climate of tolerance in which electioneering activity may take place without fear or coercion, intimidation or reprisals.

Permanent Secretary in the Office of the Deputy Governor, Mrs. Carolyn Stoutt Igwe is encouraging the public to become familiar with the contents of the code and to adhere to its provisions.

The code is comprised of 11 clauses and outlines the following areas:  Purpose of Code; General Principles; Application; Public Commitment; Prohibited Conduct: Politically-Motivated Violence or Intimidation; Prohibited Conduct: Other Prohibited Acts; Compliance; Duty to Co-operate; Conduct during Polling Period; Announcements of Results of Elections; and Respect for Media and Journalists.

Some of the general principles include the need for emphasis to be on issues rather than personalities; for candidates to avoid defamation of character of their opponents, their families and supporters.  It also holds the principle that there should be no abusive attacks or innuendos directed to campaigners or their family members for reason of various factors including political affiliation, race, social origins and background; and to avoid the risk of victimisation of persons, intimidation and enticement with favours are also prohibited.

Prohibited acts include publishing false or defamatory allegations about a party, its candidates, representatives or members; preventing the distribution of leaflets and the display of posters of other parties and candidates.

Mrs. Stoutt Igwe stated that other prohibited acts include damaging or defacing property, including the election posters, placards, banners and other election materials of another party or candidate, as well as voter education materials disseminated by the Office of the Supervisor of Elections.

Persons are not to bribe a voter to exercise his or her vote in a particular manner or coerce and offer monetary or other kinds of inducements to persons for them to participate in the activities of a political party not of their choice.

Political parties are also urged to cooperate with other parties to avoid the risk of electoral-related conflict and with the election authorities to protect and enhance their role to supervise and administer elections.

The final clause urges political parties and candidates to respect the role of the news media before, during and after an election. They are prohibited from preventing access by members of the news media to public political meetings, marches, demonstrations and rallies and are urged to take all reasonable steps to ensure that journalists are not subjected to harassment, intimidation, threat or physical assault by any of their representatives or supporters.

Mrs. Stoutt Igwe is encouraging the public to review the document and to adhere to its provisions. She stressed the need for all persons involved to maintain excellent standards and to demonstrate respect for the rights of those involved in the elections process.

The Permanent Secretary is reminding persons that Part V of the Elections Act addresses election offences and the consequences for violations.

For further information persons should contact the Office of the Supervisor of Elections at telephone 468-4380 or 468-3701 extension 4380 between the hours of 8:30 a.m. and 4:30 p.m. The office is located on the ground floor of the Ulric Dawson Building, No. 6, Russell Hill Road, Road Town, Tortola.

Document attached:         Code of Conduct for Political Parties and Candidates