Community Continues To Share Ideas With Government In Meetings 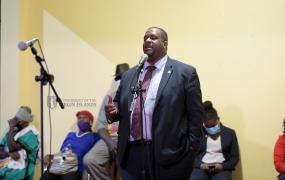 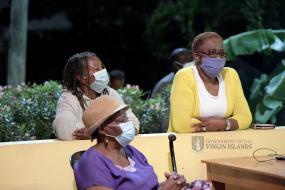 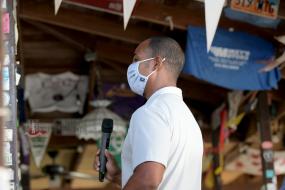 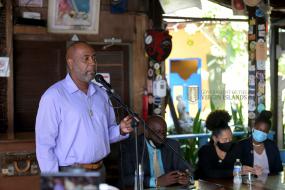 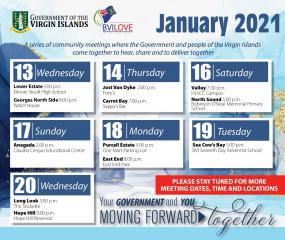 Residents of the Virgin Islands have been expressing themselves and sharing ideas and recommendations with government officials in a series of community meetings held this week.

Premier and Minister of Finance Honourable Andrew A. Fahie and members of his Government have been engaging the public in a series of community meetings to share its plans and receive ideas and recommendations from residents in the further development of the Territory.

Premier Fahie said, “As the Government of the Virgin Islands, we are indeed pleased to hold meeting with the people in their respective districts to hear, share and discuss ways that the Government and the people can move forward in strengthening this economy — our HOME.”

During one of the meetings Premier Fahie said, “We wanted to go into the communities to hear your views and share what we are planning to do. But, this is really your time to tell us about your concerns and I have brought my members of Government to address any issues you may have.”

Two days of community meetings were held thus far; in the Fourth and Fifth districts on January 13 and on January 14 in the Second District on Jost Van Dyke and the First District in Carrot Bay.

Members of the Government also explained their portfolios and areas of responsibility, along with achievements and future projects to be accomplished at each meeting.

Residents made recommendations and expressed concerns on issues including enforcing stricter penalties and fines for theft and taking into consideration the specialised tools and resources needed by farmers and fishers through the stimulus programme, the yachting industry, as well as the housing recovery programme.

Additionally, persons, where necessary, commended the Government on the traffic turnaround, the Joe’s Hill building projects, school rehabilitation, COVID-19 handling and updates and road works underway in the districts specifically those roads that were damaged since the 2017 hurricanes. They also gave recommendations for improving those initiatives going forward.

Premier Fahie thanked the community for attending and stated that the Government of the Virgin Islands will set forth to address all issues were feasible with possible time frames.

The community meetings will continue as follows:

The public is advised to stay tuned for more meeting dates, times and locations to be announced so that they can be in attendance when the Government comes to their district.