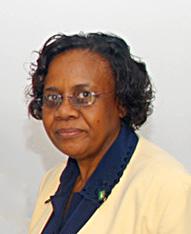 The Office of the Complaints Commissioner is expecting steady growth and improved standards in the service it provides as it celebrates its seventh anniversary.

March 3 marks seven years since the office was established and Commissioner Mrs. Sheila Brathwaite has stated that a  a full page feature article will be published in local newspapers this week highlighting the accomplishments over the years.

The Complaints Commissioner said, “I am pleased that the Commission has been able to make in-roads in the public service under the leadership of Mr. Elton Georges. The foundation which he laid is being built on and will bear more fruit.”

Mrs. Brathwaite added, “I thank those departments who have been cooperative and adjusted their customer service. Those yet to accept the importance of the services we offer, I urge to get on board.”

The Office of the Complaints Commission has assisted the Deputy Governor’s Office with the development and establishment of an Internal Complaint system and has worked with Her Majesty’s Prison to implement an effective Internal Complaint System for inmates.

The office has conducted systemic investigations into the processing of applications for residency and was instrumental in having those applications addressed by the Premier’s Office to obtain a more efficient processing system.

The office is also a member of the Caribbean Ombudsman Association of the United Kingdom and the International Ombudsman Institute.

The Complaints Commissioner, sometimes called the Ombudsman, offers to the public a channel for raising complaints about maladministration in the public service and statutory bodies.