Darwin Plus Supports Environmental Projects In The Territory 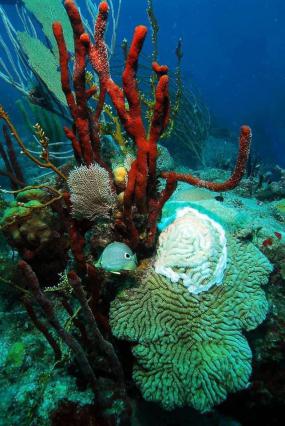 Environmental organisations in the British Virgin Islands are invited to submit bids for the Darwin Plus Funding scheme.

This initiative was established in the United Kingdom (UK) to protect and enhance biodiversity in the Virgin Islands and other Overseas Territories. It can also support fellowships for individuals in the Virgin Islands to acquire skills and knowledge for long-term environmental conservation work. The deadline for submitting bids is September 8.

His Excellency the Governor Augustus Jaspert said, “The natural environment is an important asset to BVI – we depend on it for food, water, energy, income and protection from natural disasters. It is therefore important that we maintain long-term investment in the environment and its sustainability, even while we are tackling immediate challenges like COVID-19. That’s why the UK is committed to schemes like Darwin Plus, which bring benefits not only to the environment but to local communities too.”

Minister for Natural Resources, Labour and Immigration Honourable Vincent Wheatley said, “The Virgin Islands has benefitted from Darwin Initiative grants for over two decades. Darwin Initiative has supported critical research and applied field work related to biodiversity that has led to the declaration of new Protected Areas and our ability to understand the most important and endangered plant and animal species.”

Darwin Plus announced earlier this year that over £640,000 of funding for projects that will be run by the Government of the Virgin Islands, the Marine Conservation Society, the Association for Reef Keepers (ARK), the UK’s University of Exeter, the Centre for Environment Fisheries and Aquaculture (CEFAS), the Caribbean Natural Resources Institute (CANARI) and the Jost Van Dyke Preservation Society.

In previous years, the funding has supported:

The aim of Darwin Plus is to deliver strategic, long-term outcomes for the natural environments of the Overseas Territories – which boast some of the world’s most delicate and complex ecosystems and habitats.

The protection of natural environments can also bring economic and social benefits too. According to a survey by the Joint Nature Conservation Committee, the Territory’s coral reef system has an estimated value of $74 million per year due to the role it plays in protecting critical infrastructure.

Darwin Plus is just one element of the UK’s environmental support to the Virgin Islands. The Governor’s Office has provided project based support to local organisations such as ReCreate (for education work), ARK (for a stony coral tissue loss campaign) and The National Parks Trust (to create an atlas for BVI).

The Ministry of Natural Resources, Labour and Immigration is committed to working with the Governor’s Office to ensure that the Virgin Islands meet UN Sustainable Development Goals, the Convention on Biological Diversity and other international environmental commitments.