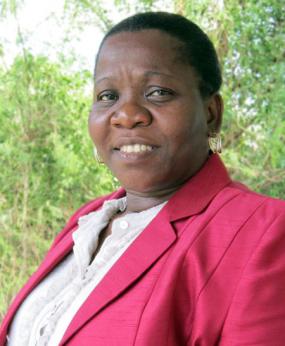 Dr. Carolyn O’Neal Morton has been appointed as the Permanent Secretary in the Premier's Office.

The appointment took effect on March 12 following the approval of His Excellency the Governor, Augustus J.U. Jaspert acting in accordance with section 92 of the Virgin Islands Constitution and on the advice of the Public Service Commission.

As Permanent Secretary, Dr. O’Neal-Morton will serve as the chief advisor to the Premier on the strategic management, leadership and execution of subjects that are within the Premier’s portfolio. She will oversee the overall coordination and administration of the ministry and ensure that all activities are carried out in accordance with Government policies, procedures and global standards.

Dr. O’Neal-Morton has a long Public Service career, having started in 1994 in the Magistrate’s Court and Registrar of the High Court as an official Spanish translator before serving as an educator at the then BVI High School in the Spanish department. She served in the Ministry of Education and Culture as Foreign Language Coordinator before rising to the post of Permanent Secretary in the Ministry of Education and Culture from 2009 to 2013.

The Premier’s Office is the lead ministry within the Public Service of the Virgin Islands which provides strategic and administrative support to the Premier. The ministry coordinates and manages the work of Government to ensure the successful formulation and implementation of ministerial and cross-ministerial government policies and programmes throughout the Territory.