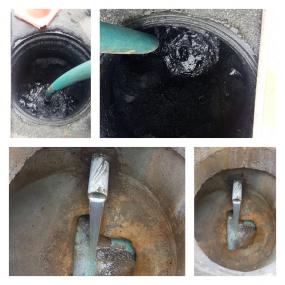 Residents on the eastern end of Tortola, including Little Dix Hill, Long Look and Vanterpool Estate are asked to disconnect their private sewerage lines from the public pipework that is incomplete.

Director for the Water and Sewerage Department, Mrs. Perline Scatliffe-Leonard said that private lines are to be reconnected to private septic systems. She said works on the East End National Sewerage Programme is progressing; however, the new sewerage infrastructure is not online and untreated sewerage from private systems is resulting in a constant run-off of sewerage on to the public road creating a public health concern.

She said, “Until we are fully functioning and operating on the new sewerage system, no one should be connected to the new sewerage lines. In order to avoid contamination of streets and surrounding areas, and to avoid any potential health issue, we are asking that persons who are aware, to disconnect their private line from the new infrastructure immediately.”

Mrs. Scatliffe-Leonard is encouraging persons to also contact the department for assistance and to disconnect lines by today, February 9. To correct this matter, the department will need to take steps to plug its pipework leading in to manholes in order to eliminate health risks posed by the situation by Friday, February 10.