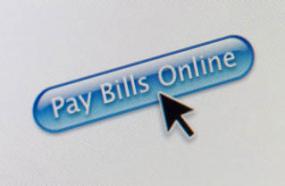 Consumers will soon have the opportunity to pay for their water bills online through electronic billing (eBills).

Premier and Minister of Finance, Dr. the Honourable, D. Orlando Smith, OBE made this announcement during his 2017 Budget Address at the Fourth Sitting of the Second Session of the Third House of Assembly on January 16 under the theme: ‘Charting the Course: Positioning the Virgin Islands for the Future’.

The Premier said that Government will be modernising the billing system at the Water and Sewerage Department to provide eBills.

The Ministry of Communications will be implementing this initiative. Permanent Secretary Mr. Anthony McMaster said this new method is expected to be introduced to consumers in the third quarter of this year.

Mr. McMaster said, “It is something that we have been pursuing for quite some time and we are working with the Department of Information Technology to upgrade the billing system that will allow us to move into eBilling.”

The Permanent Secretary stated that not only will eBilling be of great convenience to consumers in allowing them to pay bills online but it also reduces the cost to the Department.

He added, “eBilling will reduce the cost of printing paper for the Water and Sewerage Department and move to a more environmentally sound procedure.”

The Government of the Virgin Islands remains committed to providing the people of the Territory with effective online services designed to improve the efficiency of its operations and customer service.

Audio clip: Interview with Permanent Secretary for the Ministry of Communications and Works, Mr. Anthony McMaster on the eBilling