Office of the Deputy Governor
Department of Human Resources
Office of the Complaints Commisssion
Topics:
The Public Service
Release Date: 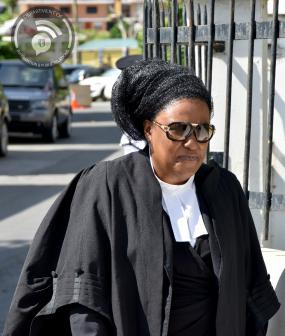 His Excellency the Governor Augustus Jaspert appointed Mrs. Smith-Penn to the post after consultation with the Premier and the Leader of the Opposition in accordance with section 110(2) of the Virgin Islands Constitution.

Mrs. Smith-Penn will lead the Office of the Complaints Commissioner as well as the investigations carried out by that office.

Governor Jaspert said the role of the Complaints Commissioner is one aspect of ensuring good governance in the Territory.

“Government strives to deliver excellent service to all who live here. The Complaints Commissioner, by hearing out those persons who have a grievance and by working to resolve such grievances, ensures that where maladministration exists, it can be rectified in a fair and transparent manner,” Governor Jaspert said.

He added that Mrs. Smith-Penn’s experience and qualifications make her an excellent fit for the Complaints Commissioner post.

Premier and Minister of Finance Honourable Andrew A. Fahie said, “The Government of the Virgin Islands knows that our people are our greatest asset. As such, I am always pleased when Virgin Islanders can rise to the occasion and do their part in strengthening our administrative structures further as we move towards self-determination.”

He said, “I have had the opportunity to work with Mrs. Smith-Penn in various capacities. She is diligent and is committed to tenets of good governance. I know that her legal expertise and experience working in various arms of the Public Service will be of great benefit as she serves in her new role as Complaints Commissioner. I wish her all the best on this new journey of great potential and the advancement of our people.”

Mrs. Smith-Penn will succeed Mrs. Sheila Brathwaite, who took up the post in 2015 after the retirement of founding Complaints Commissioner Mr. Elton Georges, CMG, OBE.

Mrs. Smith-Penn holds a Graduate Diploma in Law from the College of Law in Birmingham, United Kingdom; a Bachelor of Laws Degree from the University of Birmingham (Upper Second Class Honours); and a Bachelor of Arts Degree in Management from the University of the Virgin Islands (Summa Cum Laude) in the United States Virgin Islands. Mrs. Smith-Penn was admitted as a Barrister of England and Wales at Lincoln’s Inn in the United Kingdom, and as a Barrister of the Eastern Caribbean Supreme Court.  She was inducted into the Golden Key Honour Society, she is a trained mediator and was ordained as a Minister of the Gospel in 2005.