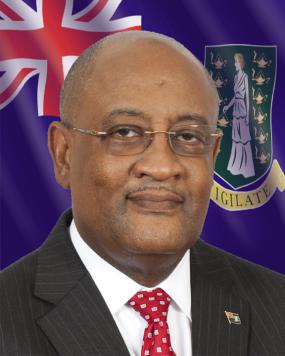 National Health Insurance (NHI) contributions will be shared between beneficiaries, employers and the Government in order to ensure that the entire population has access to healthcare services.

Minister for Health and Social Development, Honourable Ronnie W. Skelton explained that according to the 2012 NHI Financial Model Report done by the Health Economics Unit (HEU) of the University of the West Indies (UWI), the most sustainable sources of funding for National Health Insurance will come from approximately 53 percent of direct government contributions; approximately 38 percent of beneficiary premiums; and approximately nine percent investment income on reserves, co-payments, and surcharges.

Minister Skelton said the Health Economic Unit researchers further projected that total NHI expenditure would amount to approximately $70,788,000 in its initial stage.       He added that Government’s direct contribution would total approximately $39,273,000; premium contributions of approximately $28,825,000; and revenue from investment returns, co-payments, and surcharges of approximately $6,210,000; for a total revenue generation of $74,308,000, which would be more than enough for NHI revenues to cover the cost of healthcare expenditures.

The HEU further recommended that during the first five years of implementation of the NHI, the Financial Model should be updated at least annually with current data; and a full actuarial review be performed every three years. An actuarial study is currently underway to update the financial projections. The Minister confirmed that analysis and assessments will continue as actual utilisation data is gained during the implementation phase, and that the system will be adjusted over time.

Pointing to the fact that financial projections were publicly disclosed in the House of Assembly in April 2014, Minister Skelton debunked the accusation that the Government had not been forthcoming about the financial sustainability of NHI.  “I believe what is happening now is that more persons are paying attention to the information being provided,” the Minister concluded.

In a statement made in the House of Assembly on Thursday, September 3, the Health Minister said that taking into consideration the BVI’s size, population demographics, and economic structure, extensive studies have revealed that full participation in a single pooled system is the only sustainable option for universal health insurance in the Virgin Islands. He added that this is due to the fact that persons deemed “uninsurable” by private insurers have the most costly medical conditions and the least ability to pay.

Minister Skelton said, “Health is a public good and human right and should not be regarded as a commodity that only the rich can afford. This concept of social solidarity and acting in the common good, strikes at the heart of the foundational values of the people of the Virgin Islands.”