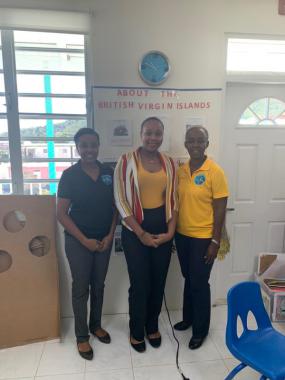 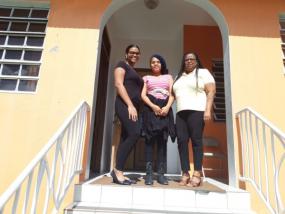 Several students were given the opportunity to shadow a professional for approximately four to six hours on a designated day as part of the H. Lavity Stoutt Community College’s Job Shadowing Week.

The week held November 11 to 15, promoted career development for the student population, while establishing partnerships between HLSCC and the business community.

The goal was to empower students to engage in career exploration by connecting with a professional in their career field of interest while receiving a firsthand experience of daily operations. The initiative emphasised the importance of establishing relevant connections between academics and career to ultimately make studies more relevant.

Ms. Lekelsha Desuza who is currently pursuing studies in Human Services had the opportunity to shadow one of the Territory’s Magistrates for a business day.

During her time at the Court she was able to sit in on various court hearings and witness firsthand the work relating to the profession.

Two students who are interested in counseling and rehabilitation shadowed the team at the Safe Haven Transitional Centre and had the opportunity to lead the daily devotion and meditation exercises and assisted clients in their cognitive functions.

The students said that they enjoyed the experience and appreciated the opportunity to gain more knowledge of the fields in which they have interest. They thanked the college for the effort being made to expose them to their respective areas of interest and added that other students will benefit from the initiative in the future.