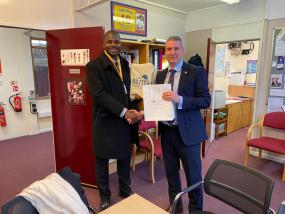 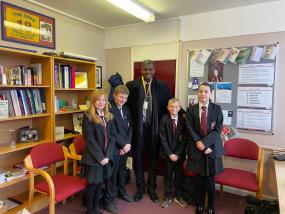 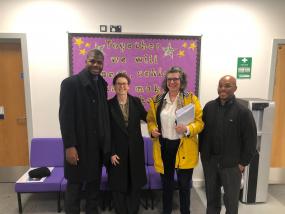 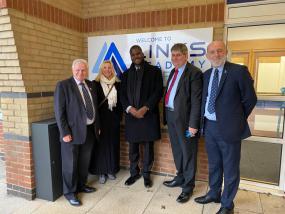 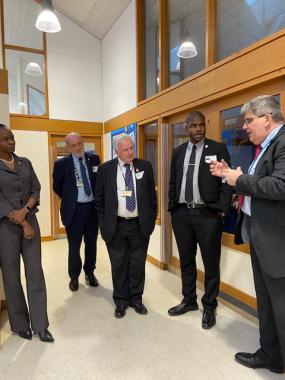 Minister for Education, Culture, Youth Affairs, Fisheries and Agriculture, Dr. The Honourable Natalio D. Wheatley, is said to have had a successful tour of  several educational institutions in Hertfordshire and Essex Counties in the United Kingdom.

The Minister met with Hertfordshire education officials and head teachers while touring three foundational institutions in Hertfordshire last month as he continues to make strides on advancing the BVI’s public education system and infrastructure.

He also visited the secondary institution, Onslow St. Audrey’s School, which takes a more integrated approach as a mainstream school for children of all abilities but provides special provisions and pastoral care for children with special requirements.

The Minister toured The Link Hatfield, a specialist secondary school aimed at children who require behavioural interventions to their usual secondary tuition.

The University of Hertfordshire also hosted the Minister for talks and a tour of the University’s De Havilland Campus.  Speaking on discussions held with the Director of International at the University, Mr. Stuart Smith, Honourable Wheatley stated that students’ progression to the UK, delivery of degree programmes in the BVI, staff exchange and capacity building projects were also subjects explored during the discussion.  “I welcome the potential for partnerships between the University of Hertfordshire and the H. Lavity Stoutt Community college in the BVI,”  he added.
In Hertfordshire, the Minister was hosted by school officials including Head of School Standards and Accountability, Ms. Tania Rawle.  The BVI and Hertfordshire County share a Memorandum of Understanding which facilitates exchange in areas such as education, sports and economic development. The County maintains one of the higher standards of education in the UK.

A part of the tour was also a visit to Glenwood Special School, a purpose-built institution which caters to children with moderate to severe special needs and disabilities based in Essex, UK.  The focus here was on the architectural design of the facilities as well as the curriculum and overall school management.

“This is particularly useful with regard to educational provision for children with special needs as reconstruction of the Territory’s special education school, Eslyn Henley Richiez Centre, is currently in the early stages,” Honourable Wheatley added.