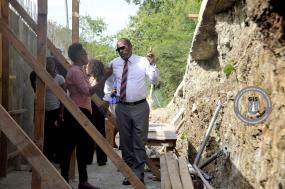 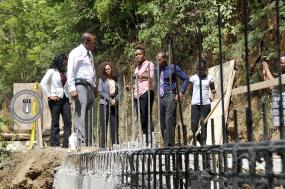 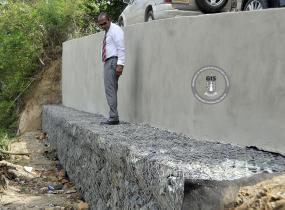 The Government of the Virgin Islands has executed several measures, plans and decisions to improve the Territory’s water supply.

Minister for Communications and Works, Honourable Mark Vanterpool stated that these actions have been implemented by the Ministry of Communications in collaboration with the Department of Water and Sewerage for the upgrading of the Territory’s water system network.

Honourable Vanterpool reported that Phase 1 of the East End system balancing programme is complete and has improved the supply of water to the Balsam Ghut Reservoir serving the Balsam Ghut prison and surrounding areas.

He said the Diamond Pump Station has been upgraded and is maintaining higher levels which experienced unstable water supply in the past from the Hannah Hill Reservoir. Areas receiving a more reliable supply of water due to this upgrade include Sea Cows Bay/Pleasant Valley, McNamara, Cane Garden Bay and Fahie Hill.

The Minister stated that agreements have been made with the BVI Electricity Corporation to use the existing 700,000 gallon potable water storage reservoir located at Pockwood Pond to supply West End. He said due to the state of the reservoir, repairs are needed, and his ministry has engaged the manufacturer and has received a quote to undertake the necessary repairs. Aqua Design has been requested to increase production at the Capoons Bay Plant to supply West End in the interim.

Honourable Vanterpool said that the leak detection programme is ongoing and over the past 12 months, the Department of Water and Sewerage has recovered over 1.8 million imperial gallons per day in losses affording the capability for system expansion.

Other measures to improve the water accountability include a pilot project which has introduced new metering technology to the Territory that is expected to reduce the chance of human error during meter reading affected billing.

Minister Vanterpool added, “In addition, the Government-owned plant at Baughers Bay stands ready to produce 850,000 imperial gallons per day, when required. Upgrades have been undertaken to improve production in many areas such as Capoons Bay and the Valley and more upgrades are anticipated for the near future.”

The Ministry has reported that “except for times of power interruptions, potable water production in the Territory has been fairly consistent.”

The Ministry of Communications and Works thanks residents for their patience and is expecting to pursue the goal of providing water to 95% of the residences on a consistent 24-hour basis in the not too distant future.