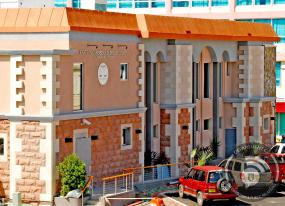 The training will be conducted on Monday, July 29 by Honourable Justice Iain Morley, QC of the Eastern Caribbean Supreme Court (ECSC), following the launch of a series of consultations being undertaken by the court aimed at securing the feedback of legal practitioners, litigants, social workers, mediators, probation officers, the police, correctional services officers and members of the public in the OECS.

The launch of the guidelines is expected to inform the approach to be taken by judges and magistrates sitting in the Criminal Division in determining a sentence.  Its implementation intention is to result in a more uniform approach to sentencing practice, greater consistency in sentencing, transparency, and in turn, greater public confidence in the administration of criminal justice.

The operation launch date is September 2019 and is a part of the court’s view that the rule of law can only be maintained and strengthened by ensuring public confidence in the transparency and consistency of judicial approach.

The ECSC was established in 1967 by the West Indies Associated States Supreme Court Order No. 223 of 1967 and is comprised of six Member States: Antigua and Barbuda, the Commonwealth of Dominica, Grenada, St. Kitts and Nevis, Saint Lucia, St. Vincent and the Grenadines; and three British Overseas Territories: Anguilla, The Territory of the Virgin Islands, and Montserrat. The Court has superior jurisdiction in each Member State and Territory.