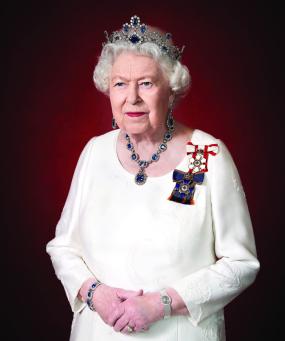 King Charles III has approved Monday, 19 September, 2022 as a bank holiday across the United Kingdom (UK) in observance of the State Funeral of Her Late Majesty Queen Elizabeth II.

Overseas Territories have been invited to observe the holiday for the State Funeral in honour of Her Late Majesty.

As such, the Government of the Virgin Islands has also approved a public holiday for a National Day of Mourning in the British Virgin Islands on Monday, 19 September, 2022 to allow individuals, businesses and other organisations to pay their respects to Her Late Majesty and commemorate her reign, while marking the final day of the period of national mourning.

The British Virgin Islands will also hold a minute’s silence on Sunday, 18 September at 3:00 p.m. alongside the UK and other Overseas Territories. A Commemoration Service for Her Late Majesty The Queen will be held at St. George’s Episcopal Church on Friday, 16 September at 10:00 a.m. which is open for all to attend.

Governor John Rankin said, “I am pleased that the people of the British Virgin Islands will be able to pay their respects to Her Late Majesty The Queen on Monday to commemorate her reign.”

Whilst observing official mourning, Overseas Territories are encouraged to do so in a manner that also reflects local practices. Public Officers are encouraged to dress sensitively (e.g. muted/dark colours) while on official business. Officers in uniform should wear mourning bands just above the elbow on the left arm. Those observing national mourning may choose to dress in a dark suit or day dress - dark hat and gloves are optional; or dark lounge suit with black tie.

His Excellency the Governor, Mr. John James Rankin CMG, and the Premier and Minister of Finance, Dr. the Honourable Natalio D. Wheatley, have also been invited to attend the Lying in State and the State Funeral of Her Late Majesty The Queen in the United Kingdom to represent the people of the Virgin Islands.