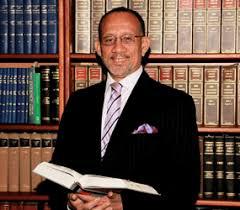 Mr. Gerard St. Clair Farara QC has been appointed to act as the Commercial Court Judge of the Eastern Caribbean Supreme Court and is assigned to the Territory of the Virgin Islands from the period September 1 to October 13.

Justice Farara is a native Virgin Islander and has been practicing law for almost 42 years. He is the Senior Partner and Head of Litigation at the BVI office of the offshore law firm of COLLAS CRILL (previously 'Farara Kerins').

Justice Farara was appointed Queens Counsel in 1996 and is said to be a formidable advocate, a leader at the Virgin Islands Bar and throughout the Eastern Caribbean, and one of the most respected and experienced lawyers and legal scholars in the British Virgin Islands and the wider Caribbean.

He has specialised in heavy civil, insolvency and commercial litigation with experience before all courts up to the Privy Council in London. In one such case before the Privy Council, the board, in its written decision, gave recognition to Mr. Farara's formidable abilities as an advocate, stating: "Before the Board... Mr. Farara QC… presented the appeal with fine judgment, eloquence and charm."

Justice Farara has also provided expert evidence in matters before the courts of foreign jurisdictions, including the USA and Hong Kong, on a range of BVI law issues, including insolvency law.

He previously served as an acting judge of the High Court of Justice on assignment to St. Lucia and Grenada, and of the Commercial Court and Court of Appeal of the Eastern Caribbean Supreme Court.

Mr. Farara has served in various capacities on many Governmental and statutory boards over his many years of public and professional life, most notably as Chairman of the 2003 Constitutional Review Commission, and as member of the Constitutional Negotiating Team for the BVI. He is one of the architects of the Virgin Islands Constitutional Order 2007.