Ministry of Transportation Works and Utilities
Water and Sewerage 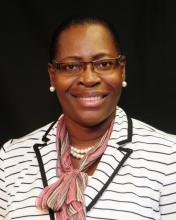 The director said that after the hurricanes in 2017, CAWASA supplied pumps for sewage and water. She said supplies and materials for the lines for water were also supplied to the department.

The areas discussed at this year’s meeting included:

The officers elected to the executive committee were:

CWWA is a regional non-governmental organisation established by an Act of Parliament in Trinidad and Tobago in 1991.