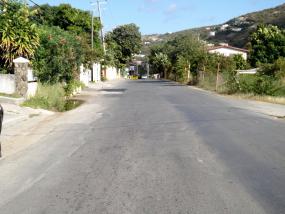 The scope of work for the second phase of the National Sewerage Programme in East End/Long Look is expected to commence on Wednesday, February 25.

Government continues to move forward with the continuation of the National Sewerage Programme in that area and the scope of work is to take place from Fat Hog’s Bay in the vicinity of Five Girls store going east to the bridge at Long Swamp.

According to Minister for Communications and Works Honourable Mark Vanterpool the work will be spearheaded by the Water and Sewerage Department and will involve approximately 2300 feet of 18-inch gravity lines from Fat Hogs Bay to Long Swamp.

Minister Vanterpool in a statement during the Third Sitting of the Forth Session of the Second House of Assembly said, “Significant progress is being made to alleviate the sewerage problems that have plagued the Territory for many years.”

Honourable Vanterpool apologised to the public for any inconveniences they may have experienced, as Government works to complete the National Sewerage project.

The National Sewerage Programme in East End/Long Look is expected to reach the Paraquita Bay Sewerage Treatment Plant which is currently under construction.

For more information, call the Water and Sewerage Department at 468-5766.

Government through the Ministry of Communications and Works is dedicated to ensuring the continued development and maintenance of the Territory’s public infrastructure and aims to ensure the highest standards.