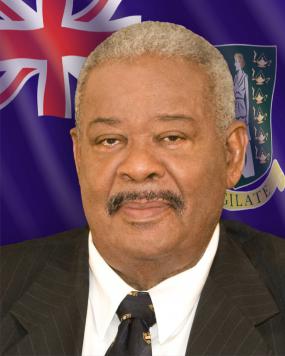 The Government of the Virgin Islands is creating an online book of condolence in honour of the life, legacy and contributions of Honourable Ralph T. O’Neal, OBE, Member Emeritus.

The book of condolence will be launched on Monday, December 9 on Government’s website www.bvi.gov.vg.

Director of Communications Mrs. Arliene T. Penn said Honourable O’Neal has touched the lives of many and that there has been an outpouring of requests from many persons and organisations locally, regionally and internationally who wish to share tributes.

Honourable O’Neal was the longest-serving elected official in the history of the Territory of the Virgin Islands. He was the Territory’s first Premier from 2007 to 2011 and contributed significantly to the development of the Territory. He served this Territory in many different capacities including as a teacher and an administrator.

Persons wishing to share tributes can do so by emailing the Government at tributes@gov.vg. Persons can also contact 468-2152 if there are further questions.

The public is also reminded that a State Funeral is being planned for Wednesday, December 11 to honour the first Premier of the Virgin Islands Honourable Ralph T. O’Neal, OBE, Member Emeritus. His body will lie in state at the House of Assembly Chambers on Monday, December 9 and Tuesday, December 10.

The public viewing is from 10:30 a.m. to 4:00 p.m. on both days. This will be followed by the State Funeral on Wednesday, December 11 at the Multipurpose Sports Complex. The start time will be announced shortly. Additional details regarding the arrangements for the state funeral will be provided in subsequent communications.

A Coordination Committee, chaired by the Speaker of the House of Assembly Honourable Julian Willock, is planning the occasion in close consultation with the family and Premier and Minister of Finance, Honourable Andrew A. Fahie.