Partnerships To Protect The Territory’s Borders 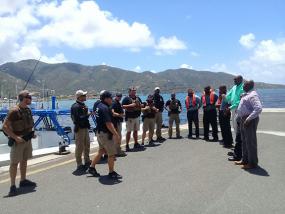 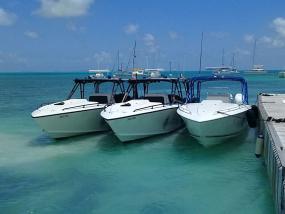 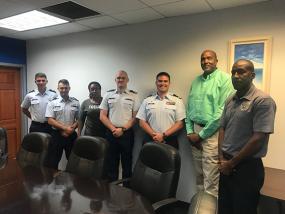 The Government of the Virgin Islands continues to fight crime and its causes and is fostering joint partnerships with local and international authorities to strengthen and improve the Territory’s border protection.

To this end, Her Majesty’s Customs Marine Unit has established partnerships locally with the Royal Virgin Islands Police Force and internationally with US federal agencies including the US Customs and Border Protection, and the US Coast Guard to combat transnational crime.

The joint operations are organised in an effort to combat criminals who use BVI waters for activities such as the smuggling and trafficking of humans, drugs and weapons.

Commissioner of Customs, Mr. Wade Smith said that joint operations are necessary in combating national and transnational crimes and for securing the Territory’s borders. He said proper marine access is essential in successfully doing so.

The Commissioner thanked the Premier and Minister of Finance, Dr. the Honourable D. Orlando Smith, OBE for ensuring that the Customs department is equipped with marine assets that allows for full engagement in joint operations with its international counterparts in the fight against crime.

Commissioner Smith said, “To have the necessary assets to work alongside our international colleagues and enable our marine presence has truly proven invaluable in the protection of our borders.”

He added, “Joint operations with our local and international counterparts in the USVI are a regular part of our marine-based operations and they continue to prove successful in combating illegal activity.”