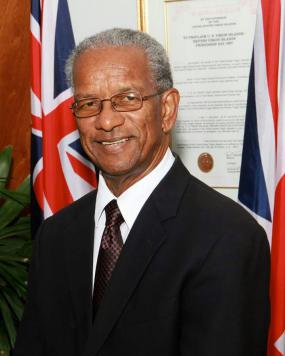 During his visit to the CARICOM-UN High-Level Pledging Conference in New York, Premier and Minister of Finance Dr. the Honourable D. Orlando Smith, OBE, discussed the prospects for cooperation between the BVI and Clinton Foundation on climate change.

He said, “It was a pleasure to meet Mr. Gertsin after President Clinton’s address to the UN donors conference. I explained the urgent need for the BVI to build climate resilience, particularly along our coasts where there has been great erosion. I hope we are able to partner with the Clinton Foundation at some point in the future in this area.”