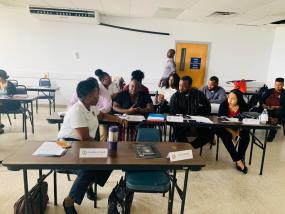 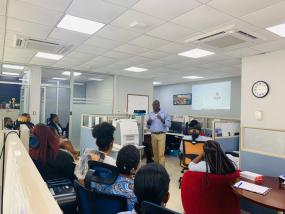 Public Officers of the Territory are participating in a series of training initiatives this week organised by the United States Embassy.

Civil Registry and Passport Office staff also received training in customer service and effective business communication by facilitator, Everson Benjamin from the UWI Continuing Education Programme as a way to enhance their services provided to the public.

Registrar General, Mrs. Stephanie Benn said that the trainings received are a part of on-going efforts to enhance their skillset and build capacity. Mrs. Benn thanked the US Embassy for facilitating the sessions as they work together to ensure the safety of the Territory.