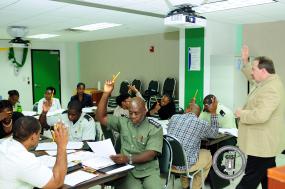 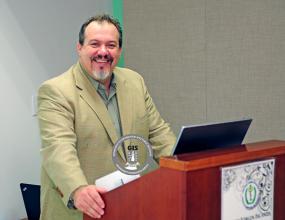 Force and the Social Development Department participated in a workshop to improve service delivery of treatment and management of offenders in the Territory.

The five-day workshop titled ‘Offender Risk Assessment and Motivational Interviewing Training’ was hosted by the Social Development Department from September 21 to 25.

Chief Social Development Officer, Annie Malone-Frett stated that limited resources and the increasing dynamics of the offender population of the British Virgin Islands pose a challenge for case management.

Mrs. Malone-Frett said, “Central to the efficacy of both is being able to determine the level of risk which an offender poses. With the commencement of parole, the aforementioned challenge is heightened.”

The Chief Social Development Officer stated that the goal is to bring a structured approach towards risk assessment among the relevant agencies and the Level of Service/Case Management Inventory (LS/CMI) tool was identified as the best way to improve the development of services and objectively measure changes in an offender’s life situation. She said that the tool can be utilised holistically in the treatment and management of offenders who are placed on probation, in prison or are released on parole.

Mrs. Malone Frett added, “An offender’s progress, or lack thereof, will be able to be evaluated as they progress through the system. Assessment and case management are key components to the concept of seamless delivery of services through the provision of a continuum of care, which is central to offender rehabilitation.”

Participants were trained by the implementation of the LS/CMI tool which provides structure for assessors to consider the likelihood of further offending; identifying an individual’s needs; identifying responsivity issues; and identifying positive aspects or strengths.

The training was facilitated by Director of the West Virginia Office of Research and Strategic Planning, Dr. Stephen Haas. The West Virginia office also houses the Criminal Justice Statistical Analysis Center and the Justice Center for Evidence Based Practice.

The Parole Act, 2014 was amended in the House of Assembly on September 25, 2014. His Excellency the Governor John S. Duncan, OBE assented to the Act on October 16, 2014 which was transferred from the Ministry of Education and Culture to the Ministry of Health and Social Development.

The Social Development Department is the lead agency charged with promoting the social well-being of the Territory's residents.