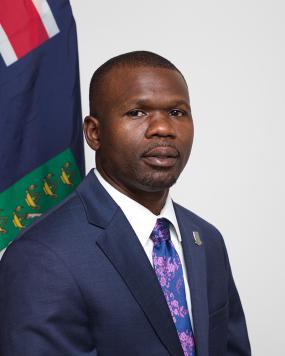 Acting Premier and Minister for Communications and Works

A pleasant Good Day to all Virgin Islanders, residents, and visitors.

Since the start of the COVID-19 Global Pandemic in March 2020, the pockets of the people worldwide have been hit by the rise in the cost of goods and services.

The situation became even worse with the escalation of the Russia-Ukraine conflict in February 2022.

These events have caused significant disruptions in the supply of food, raw materials for industry, and the availability and price of fuel on the international market.

Those who follow international news would be aware that the cry in almost every country has been the high prices consumers face for nearly every commodity and service, especially those that involve imports.

Some of you would have seen the news in the United States and the United Kingdom, for example, where people have been struggling and cannot pay high fuel prices for their vehicles and electrical bills.

Practically no one has been spared. And the Virgin Islands, has not been exempted nor immune to these international developments.

During the course of these two back-to-back crises, your Government has been cognizant of how these developments have been causing hardship for residents and businesses in the Virgin Islands. We have been listening to the appeals from the public. We have been working with stakeholders and partners within the Government and in the business community, to find and implement measures to alleviate the burden on you, the Virgin Islands population.

You would recall that some time ago, Government reduced the Customs Duty to 5% for goods and services that originally carried duties above 5%. Duties that were already below 5% remained as they were below 5%. This measure was applied to both individuals and companies, so that people could get some relief.

Government also subsidised the cost of fuel imports. Again, this was to provide some relief to consumers. While no one can control the international cost of fuel - which is the price at which the fuel companies purchase petrol and diesel from international suppliers to ship to the Virgin Islands – what we were able to do was to reduce the import duty on the fuel effectively by 50 percent, so that local consumers were spared the full brunt of the rising prices.

Another area that has been causing serious hardship for our Virgin Islands people has been that of the cost of electricity – which is reflected on their monthly electricity bills.

We are all aware that since the Russia-Ukraine war escalated in February 2022, electricity bills began to increase dramatically. This has been no fault of the BVI Electricity Corporation (BVIEC). It has been the result of the high cost of fossil fuels on the international market.

The formula for calculating electricity bills is set in legislation. Electricity bills have three major components in their calculation. First, there is a flat $2.50 per month for the service. Second, there are standard charges based on the quantity of energy consumed. The third component is the fuel oil surcharge, which is tied to the price of fuel; and oil prices have risen to record high levels since the escalation of the Russia-Ukraine conflict.

Again, as a Government, we have been listening to the pleas from the public. Additionally, we, the Ministers and Members of the Government, have also been experiencing increases in the fuel oil surcharges in our private electricity bills.

As a matter of further information, the SAP was approved by Cabinet about three weeks ago, and it was passed by the HOA about two weeks ago. Certain measures needed to be put in place for implementation, which has since been completed, so that the subsidy can be put into effect as being announced today.

The Government of the Virgin Islands hopes that this measure will ease the burden of our residents as we navigate through these difficult times caused by global events.

In closing, I wish to reiterate that as a Government, we share your concerns about the prices of goods and services, and we remain committed to doing everything possible to provide the support that is needed to help you through these challenging times.