Statement by Police Commissioner On Investigation Into The Death Of Dr. Joseph Horgan 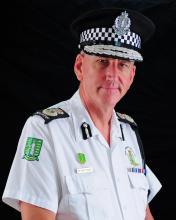 On 20th December, 2018 The Royal Virgin Islands Police Force began an investigation into the sudden death of Dr. Joseph Horgan, who was retrieved by Police from the waters of the British Virgin Islands. After the pronouncement of death, his remains were secured in the Territory’s modern morgue facilities located in the new Peebles Hospital.

As an investigative authority, the Force conducts comprehensive investigations under the judicial requirements of the British Virgin Islands, to ensure the accurate cause of death can be determined. We have begun our investigation of this unfortunate death, but in order to conclude this it is necessary to obtain medical records of the deceased from the United States. These records have been requested and the Force has been liaising with the family of Dr. Horgan hoping to receive these urgently. These historical records are vital to the investigation process into determining the circumstances of the death of Dr. Horgan.

At the immediate conclusion of the investigation, a file, inclusive of the medical records of the deceased which remain outstanding, will be presented to the Coroner’s Office and it will be necessary for an autopsy to take place. The autopsy will only be scheduled upon the completion of the investigations, per standard protocols.  This investigative process, which also includes the collection of statements of witnesses, assists the pathologist in determining the cause of death and opine on the manner of death if necessary. Thereafter, the pathologist issues his report to the Coroner, who then issues to the Civil Registry of the British Virgin Islands, the legally required documents for Dr. Horgan’s death to be officially registered and for his body to be released to the family. It must be noted that the relevant officials are exercising the usual due care and attention to this matter. The inquiries being conducted are standard and legally required in the investigations of all sudden deaths that occur in the Territory, including Dr. Horgan’s

We recognize this is an extremely distressing time for the family and we will continue to work diligently to have this matter concluded at the earliest and keep the family of Dr. Horgan informed throughout. Our deepest sympathies are extended to the family and friends of Dr. Horgan at this most difficult time.