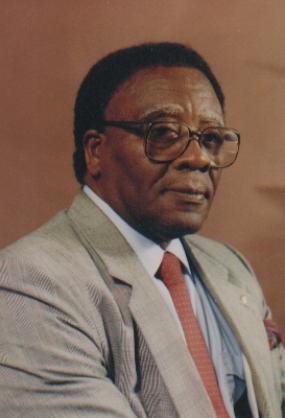 The celebrations will be held under the theme, Honourabe H. Lavity Stoutt: A Nation Builder and will include a march with uniformed officials, an official ceremony at the Central Administration Complex and the annual wreath-laying ceremony at the Cappoon’s Bay Burial Grounds.

The public is invited to support the march which will commence at 9:00 a.m. from the House of Assembly building to the Central Administration Complex along the De Castro Street, followed by the official ceremony.

The annual wreath laying ceremony will follow the official ceremony at the Cappon’s Bay Burial Grounds where the Premier, Minister for Education and Culture, the Leader of the Opposition and First District Representative, Honourable Andrew Fahie will pay their respects.

The late H. Lavity Stoutt served as Chief Minister of the Virgin Islands for over 16 years and is credited with establishing the Cruise Ship Pier, creating the Social Security Scheme, overseeing the construction of the Central Administration Building and spearheading the development of the local H. Lavity Stoutt Community College named in his honour.

He was at the helm throughout the Territory’s development as an international finance centre and was described as being very passionate and committed to the development of educational opportunities for the people of these islands.

The first Monday in March is declared a public holiday in celebration of the anniversary of the birthday of the Territory’s first Chief Minister.  The late H. Lavity Stoutt was born on March 7, 1929.  He died on May 14, 1995.