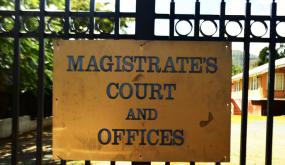 Three additional magistrates have been appointed to the Judiciary of the Virgin Islands.

His Excellency the Governor Augustus J. U. Jaspert in accordance with Section 95 of the Virgin Islands Constitution Order (U.K. S.I. 2007 No.1678) appointed Ms.  Christilyn Benjamin, Mrs. Giselle Jackman-Lumy and Mr. Hakim Creque as additional Magistrates of the Virgin Islands.

The magistrates will serve for a period of six months with effect from July 25.

Ms. Christilyn Benjamin is presently the Deputy Director of the International Tax Authority in the Ministry of Finance. She previously served as a Senior Crown Counsel at the Office of the Director of Public Prosecution from 2007 to 2013. She was also a Crown Counsel at Attorney General’s Chambers from 2006 to 2007.

Ms. Benjamin holds a Bachelor of Laws Degree from the University of Manchester. She was admitted as a Barrister in England and Wales and the Eastern Caribbean Supreme Court in 2007.

Mrs. Jackman-Lumy received her Bachelor of Laws Degree from the University of the West Indies Cave Hill, Barbados. She practiced as an Attorney-at-law in Trinidad and Tobago in 2007. She was admitted as a Barrister in the Eastern Caribbean Supreme Court in 2015.

Mr. Hakim Creque is a Crown Counsel in the Attorney General’s Chambers.  He is also an Adjunct Professor at the H. Lavity Stoutt Community College. He served as a Litigation Paralegal at Hunte & Co Chambers from 2014 to 2015.

Mr. Creque has a Bachelor of Arts Degree in Political Science and Bachelor of Science in Psychology from the University of Central Florida. He also has a Graduate Diploma in Law from the College of Law, London, United Kingdom.  He was admitted to as a Barrister in England and Wales and the Eastern Caribbean Supreme Court in 2014.

Acting Permanent Secretary in the Deputy Governor’s Office, Mrs. Carolyn Stoutt-Igwe stated that she is pleased with the new appointments and that this is an opportunity for professional growth and development for the three officers. Mrs. Stoutt-Igwe said she is looking forward to their contribution to this aspect of the Territory’s judicial system.

“The appointments will provide additional support to Senior Magistrate, Her Honour Tamia Richards. Now that we have a dedicated court room facility with the handover of the new modular court building and these additional magistrates, we will be embarking on a plan of action to reduce the backlog of cases, resulting from the extensive damages to court facilities in the Territory,” Mrs. Stoutt-Igwe added.