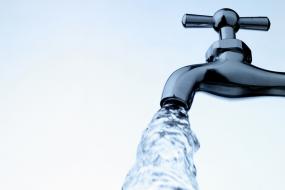 The Ministry of Communications and Works mobilised trucking of water to Virgin Gorda on Saturday, February 13 as a temporary solution to the shortage of water occurring on the island.

Permanent Secretary for the Ministry of Communications and Works, Mr. Anthony McMaster, said that in the interim of a permanent water solution, 200,000 imperial gallons of water was sent to Virgin Gorda last weekend. He added that water will be shipped intermittently to Virgin Gorda over the course of the next two weeks.

“The ministry understands the water issues on Virgin Gorda and is working vigorously to provide potable water to the Island. Currently the water plant on the island is undergoing refurbishment which will offer a permanent relief to the residents”, said Mr. McMaster.

Refurbishment work on the Virgin Gorda water plant in Handsome Bay is being executed by Aqua Design (BVI) Ltd. who signed the contract for the work in October, 2015. These works are expected to be finished in July, 2016. Once completed the water plant is expected to produce 480,000 imperial gallons of potable water to the people of Virgin Gorda. Before works began the plant’s production level was at 320,000 imperial gallons per day.

The Ministry has stated that within two weeks, another temporary measure will be put in place to provide potable water.

The Government of the Virgin Islands is committed to ensuring that at least 98% of residents throughout the Territory have access to the public water system.