Statement By His Excellency The Governor John S. Duncan, OBE

Statement By His Excellency The Governor
John S. Duncan, OBE 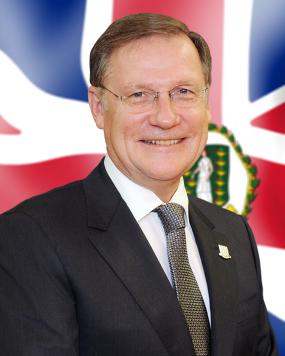 Following discussions at the National Security Council on 16 March, I invoked the Governor’s Powers under Section 103 of the Virgin Islands Constitution to:

[The issue of funding for the court cases was accurately reported by BVI Platinum in their article of 17 March, dateline 07:54.]

I have today issued the formal warrant to give effect to this decision and instructed the Financial Secretary and the Accountant General to now proceed as instructed by the warrant.

The Financial Secretary wrote to the Governor earlier this week, copied to the Premier,setting out his understanding of the existing authorisations and approvals in relation to the five Heads concerned by this decision–the RVIPF, the Attorney General’s Chambers, the Office of the Director of Public Prosecutions, the Magistrates and Supreme Courts

In the papers put to the National Security Council and in the discussion at that meeting I explained my view that I was not satisfied that the shortfall in the RVIPF annual operating budget had been adequately addressed with concomitant risks to the internal security of the territory. I also made clear my concerns about the delays in disbursement of funds to both the RVIPF and the legal services of the Territory.

The Financial Secretary’s Memo serves to underline the lack of clarity over what funds have been authorised, by whom and the current state of disbursement and the funds that remain available. This lack of transparency is not conducive to proper accounting, accountability, or operational effectiveness.

In order to address this I have set out in the second schedule to the Warrant a complete overview of the funding authorised and governed by the warrant as well as the purposes for which these funds are required.

The second schedule is independent of and separate from any approvals provided under the 2017 budgetary process, or those currently underway in the Supplementary Additional Provision (SAP).  Disbursement of funds already authorized should be honoured and if cited under this warrant will now be subject to the reports required under the warrant.

The total funding covered by the Warrant issued today is for $1.88 million.

It is the responsibility of the Financial Secretary and the Accountant General to advise the Premier and myself on the exact draw down required from the Consolidated Fund and to ensure that any existing approvals under the 2017 budgetary process,or those currently underway in the Supplementary Additional Provision (SAP) are reconciled with the Governor’s warrant so as to achieve the purposes for which the warrant was issued.