Anchoring In Coral Reefs Is Illegal, Offenders Will Be Fined 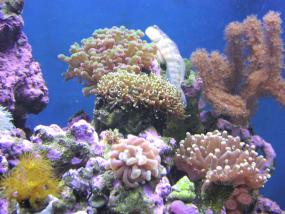 Boaters and other seafarers are being reminded that anchoring in or too close by coral reefs is illegal and persons caught doing so will be fined.

Acting Chief Conservation and Fisheries Officer, Kelvin Penn said that coral reefs are very important in the Virgin Islands and that the department had recently fined boaters for anchoring in them.

Mr. Penn stated, “People need to understand that coral reefs have always played an important role in the economic and cultural development of the islands. Reefs provide food and shelter to several marine species. Reefs are very important and boaters who are not diligent will be issued a fine up to $1000 in accordance with the Virgin Islands Fisheries Act (1997).”

He added that vessel groundings and anchors damage the reef, the Virgin Islands’ fish stocks, the economy, and the Territory’s tourism product.

The Conservation and Fisheries Department is also encouraging boaters and swimmers to avoid standing on and or touching the reefs. Persons are asked to report any coral removal, boat grounding or anchoring activity by calling 468-2700 or by email at cfd@gov.vg.

The Conservation and Fisheries Department seeks to ensure that the environment, the fishing industry and the resource base on which they depend, are managed in a sustainable manner for the greatest possible benefit of the people of the Virgin Islands.