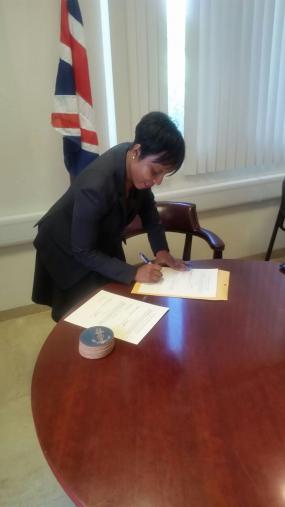 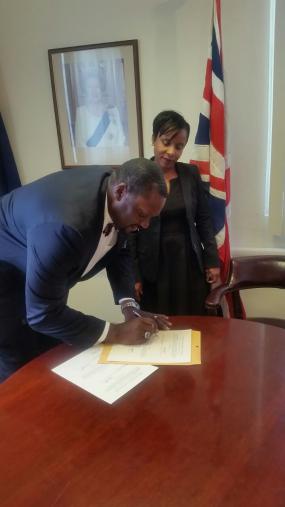 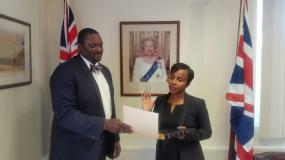 Attorney at Law Ms. Anthea Smith is the newest member of the Judicial and Legal Services Commission.

Her appointment was made by His Excellency the Governor Augustus J. U. Jaspert in consultation with the Leader of the Opposition effective April 1 for a period of two years.

The official oaths, the Oath of Confidentiality and the Oath of Allegiance for Due Execution of Office were administered by Deputy to Governor Mr. David D. Archer, Jr. on April 9.

Miss Smith obtained a Bachelor of Law Degree from the University of Central England in June 2000 and completed the Bar Vocational Course at the Inns of Court School of Law in London, England. She was called to the Bar in England and Wales in July, 2001, and the Bar in the British Virgin Islands in September, 2001. Miss Smith is a practicing lawyer and the Managing Partner at the law firm of SABALS LAW.

The Judicial and Legal Services Commission is governed by Sections 94 and 95 of the Virgin Islands Consultation Order, 2007. Chief Justice Dame Janice M. Pereira, DBE is the chairman while the other members include Justice Nicola Byer, Mrs. Magdaline Rymer, and Mr. Jerry Samuels.

The Commission also has the power to make appointments, remove and exercise disciplinary control for offices in the public service for which persons are required to possess legal qualifications.