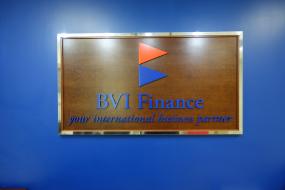 BVI Finance showcased the jurisdiction’s unique proposition and key role in aiding investment in and from Africa at the Africa Financial Services Investment Conference (AFSIC).

The three day conference, held in London from 3-5 May, is the leading investment event focused on Africa’s financial services sector and this year BVI Finance was a gold sponsor. AFSIC was an excellent opportunity for BVI’s team of six, which included members of BVI Finance, to engage with stakeholders from across the African continent and position the BVI as a leading jurisdiction for channelling investment to support Africa’s economic development.

During a panel session entitled ‘The BVI Advantage’, Interim Executive Director at BVI Finance, Lorna Smith OBE, made several key points that highlighted the BVI’s credentials as a leading partner for the region.

She emphasised the quality of the professionals working in the BVI’s international finance sector, the capital flows that already exist between the BVI and Africa and that the jurisdiction is a trusted and reputable destination - as evidenced by the more than 140 listed companies having entities registered in the BVI.

Bomi Anise, Managing Director at Anise Consulting, echoed Smith’s words, describing the success and prowess of the BVI as an enabler of investment. She pointed to the $152bn invested through BVI companies each year as clear evidence of the BVI’s position on the global stage.

Jeffrey Kirk, Managing Partner at Appleby BVI, explained why BVI Business Companies are popular and detailed the types of investment vehicles used in the jurisdiction. He pointed to the BVI’s relationship with Mauritius and how it works as a conduit for those investing into Africa using BVI vehicles.

Smith and Gary Hales, BVI Finance’s Head of Business Development, also chaired a session of five speakers from African financial services businesses. Topics discussed in the presentations included an evaluation of the African investment landscape and value creation through private equity in Africa.

Commenting on the conference, Smith said, “AFSIC was a major success for BVI Finance. We educated many influential stakeholders about the BVI and its unique advantages and made some excellent connections which will put us in good stead for the future.”

She added, “From our conversations at the conference it is clear that we have many opportunities in Africa and as the continent continues to develop, I believe the BVI will be better positioned to support growth in Africa. We are looking forward to further promoting the BVI’s credentials across Africa in the coming months and years ahead.”