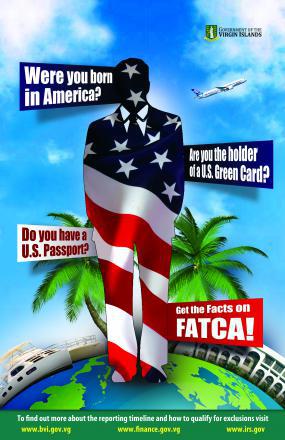 BVI Financial Institutions (BVIFIs) are reminded of their annual reporting obligations for US FATCA, UK CDOT and CRS.

These obligations are under the following agreements and arrangements:

Director of the International Tax Authority (ITA), Ms. LaToya James said that as it relates to the US FATCA Agreement, the BVI Financial Account Reporting System (BVIFARS) is open and ready to accept filings for the US FATCA agreement.

She said financial institutions that have not previously enrolled with BVIFARS and have filings to be reported in 2017, the statutory enrolment deadline is April 1.

Ms. James added that financial institutions that have reportable accounts to be reported in 2017, the statutory submission deadline for all filings is May 31, and that the statutory deadlines for US FATCA are applicable and will not be extended.

The director said in transitioning to the CRS, the UK has indicated that for 2016 accounts reportable in 2017, both the UK IGA and CRS will be operational.  In order to comply with both, BVIFIs will be required to report, the maximum of what is required by the CRS or the IGA.

Ms James stated that it has been agreed that the UK IGA and the relevant legislation in relation to this agreement and the guidance notes as it relates to UK CDOT or UK FATCA will remain in force until December 31, 2018 so that any queries on information submitted under the IGA can be dealt with.  The accounts reportable in 2018 and onwards, will however be via CRS only.

The director further added that as 2017 is a transitioning year the ITA has decided to remove the option to create a manual UK CDOT filing or to upload an XML UK CDOT filing from the BVIFARS.   This she said means that financial institutions can only “view” previously submitted UK CDOT filings on BVIFARS via the Submission History menu.   All new filings for UK CDOT will also be submitted using the manual entry or upload option via the CRS filings.

The ITA is now in the process of updating its BVIFARS portal to accept CRS filings.   As  the BVIFARS portal is not ready to accept CRS filings, the ITA has decided to relax the enforcement of the statutory deadline for submissions as it relates to UK CDOT and CRS; as such both the UK CDOT and CRS deadlines will be extended to June  30 for enrolment and July  31, for reporting submissions.

For more information in relation to this transition period, see the Competent Authority Agreement between the Governments of the British Virgin Islands and the United Kingdom which is available on the website at www.bvi.gov.vg/FATCA under the Documents section.

ITA will inform BVIFIs when BVIFARS is open and ready to accept UK and CRS enrolments and filings.

For more information on reporting obligations or the ITA please visit our website:  www.bvi.gov.vg/ministry-finance-international-tax-authority or contact the Authority via telephone at   (284) 468 4415 or via email at   bvifars@gov.vg or bviita@gov.vg.