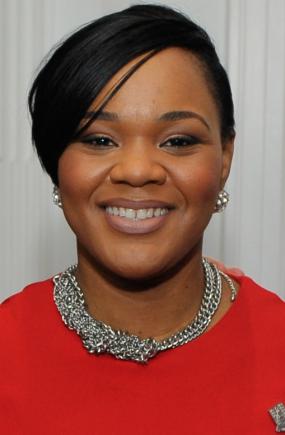 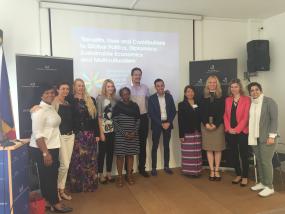 Siobhan Flax of the British Virgin Islands London Office was elected to the 2018/2019 Executive Committee of Young Diplomats in London (YDL).  YDL has served the London diplomatic community for the past 15 years by creating opportunities for young diplomats and associates from the civil and private sector to network and integrate into London diplomatic life through social, multi-cultural and enrichment activities.

Siobhan represents the first British Overseas Territory to serve on the association’s 11-member Executive Committee and is specifically tasked with serving as a sponsor liaison and assisting with organising activities for diplomatic families.

Speaking on being elected, Siobhan stated, “I am honoured to serve as an Executive Officer of YDL which is a one of the leading diplomatic organisations in the United Kingdom. As a diplomat of the British Virgin Islands, I look forward to contributing to the work of the organisation and ensuring the Territory’s diplomatic presence is felt in the UK.”

Director of the BVI London Office, Elise Donovan said, “We’re very proud to have our London Office Cultural and Social Officer, Siobhan Flax representing the BVI on the Executive Committee of Young Diplomats in London. It’s important for us to nurture the next cadre of young BVIslanders who can represent us on the world’s stage. Her exceptional work at the BVI London Office gives us great confidence that she will continue to diplomatically represent the British Virgin Islands with distinction.”

Siobhan has served in the role of Social and Cultural Officer of the BVI London Office for the past seven years. In this role she is the lead liaison for the BVI’s partnership with Hertfordshire County Council, she represents the territory in organising developmental student events including the United Kingdom Overseas Territories Association’s annual student conference and managing cultural partnerships and events with institutions such as the British Library, amongst other areas. In December 2017 she earned a Master of Science Degree in Diplomacy, Statecraft and Foreign Policy.

The Young Diplomats in London has about 3000 members from over 50 countries around the world.