‘Constitutional Review To Be Led By The People’- Premier Fahie 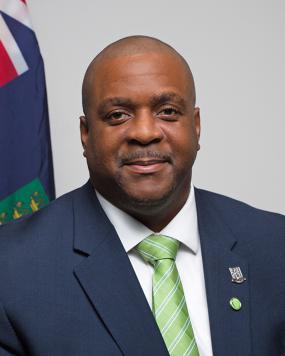 Premier and Minister of Finance Honourable Andrew A. Fahie has stated that the review of the current Constitution will be led by the people of the Virgin Islands when the Constitutional Review begins.

Premier Fahie during a Sitting of the House of Assembly on June 11 explained that it is important that the public prepares to take part in the review and is encouraging the populace to read and review the current constitution.

The Premier said, “This means refamiliarising ourselves with what currently exists in the Constitution so that we are able as a people to conduct a comprehensive review to determine whether it is a strategic fit to facilitate the achievement of the aspirations of Virgin Islanders and Belongers.”

Premier Fahie said citizens of the Territory will have the opportunity to discuss and make recommendations on the direction in which the Territory should go in the years to come.

He said that in order for citizens to participate meaningfully in this exercise they must read the Constitution, adding, “they must prepare themselves and they must be informed of the discussion.”

The review would be conducted by a Constitutional Review Commission which will consist of nine members including a Chairperson, a Deputy Chairperson and five other members appointed by the Premier. The other two members shall be appointed by Her Majesty’s Loyal Opposition.

The Commission will be required to organise and conduct public forums, in person or virtually, as well as using other channels for receiving feedback from the citizenry.

An electronic copy of ‘The Virgin Islands Constitution Order, 2007’ is available at bvi.gov.vg for download.

The Department of Information and Public Relations will be launching a public education awareness campaign which would highlight the current constitution utilising varying forms of media which would include Snap Comms, GIS Previews, Public Eyes, Radio Programmes, Bulletins, Press Releases and Online Quizzes.

The Virgin Islands Constitution Order 2007, which replaced the Constitution of 1976, came into force on June 13, 2007 and marked its 13th anniversary this year since its enactment, in 2007. The Constitution is available online at https://bvi.gov.vg/virgin-islands-constitution.