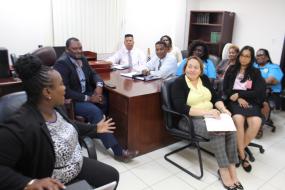 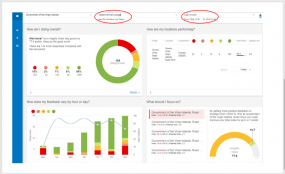 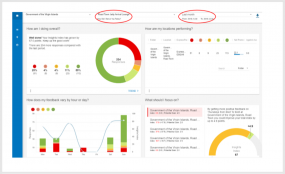 Positive customer service satisfaction data is being collected from the Touch Terminals placed at the Road Town Jetty and Terrance B. Lettsome International Airport.

During a meeting hosted by Deputy Governor, Mr. David Archer, Jr, it was revealed that the data collected from November 30 to December 30 saw customers rating their satisfaction based on their overall experience with Immigration Officers, Customs Officers and Fund-Collection Officers upon their arrival to the Territory. Customers received the prompt “How did I serve you today?” and then selected a corresponding colour that measured their emotions at the end of the experience.

Deputy Governor Mr. David Archer Jr. stated that “as the first point of contact for the visitors of our Territory, we have a responsibility to ensure that we create a positive experience for everyone.” He noted that the data collected can go a far ways in determining the areas that need improving to enhance the customer service experience that is offered to the public.” Mr. Archer Jr. stated that he was “pleased that we have arrived at this point in our transformation and I am looking forward to the progress that we will continue to make.”

Acting Chief Immigration Officer, Mr. Ian Penn stated that the Immigration Department will greatly benefit from the kiosks as they continuously seek opportunities to enhance passenger experience. He said that the real-time uploading of feedback will assist the department in assessing some of the best practices that can be incorporated into their procedures.

Business Change Manager for Improved Customer Service and Private Secretary to the Deputy Governor, Kedimone Rubaine said that the placement of the Touch Terminals in the two ports of entry is the beginning of efforts being made to have a terminal in all ports across the Territory. She noted that the feedback provided is uploaded in real-time to a central online dashboard for analysis, which allows government agencies to understand how various factors affect their service levels and can be used to improve customer service.