Premier Congratulates New BVI Finance Board Of Directors On Appointment 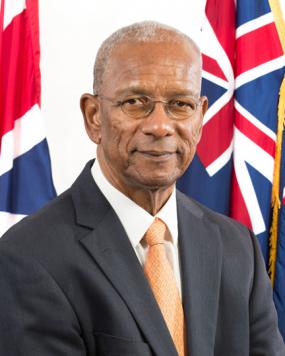 As part of the company’s journey to become BVI Finance Limited, a public/private partnership created to better support the BVI’s financial services industry, BVI Finance has elected nine persons to its Board of Directors.

Premier and Minister for Finance, Dr. the Honourable D. Orlando Smith, OBE, has extended congratulations to the new Board of Directors, which will take over from the interim body that oversaw the transition from government department to private company.

The elections took place on January 19 at 4:00 p.m. at the BVI Finance Conference Room and the newly appointed members of BVI Finance’s Board of Directors, excluding the two representatives from BVI Government, are:

Commenting on the appointment, the Honourable Premier said, “I welcome the appointment of this first Board of Directors of BVI Finance Limited as this is in keeping with industry best practices of promoting the BVI’s financial services industry and correlates with my Government’s policy to create an environment that will better facilitate the development of a new substance based financial services economy.”

He added, “My Government considers the creation of BVI Finance Limited to be one of the hallmarks of the BVI Forward campaign and I would like to commend the Financial Services Implementation Unit, under the leadership of the department’s Director, Mr. Kedrick Malone, and the interim board for their outstanding efforts in ensuring that BVI Finance Limited came to fruition. I look forward to signing the Cooperation Agreement between BVI Finance Limited and Government in the coming weeks.”

Click here for a more detailed explanation of the Board's selection process.