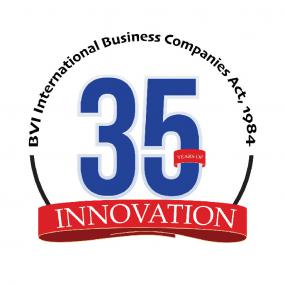 Premier and Minister of Finance Honourable Andrew A. Fahie has said that the International Business Company Act, 1984 which helped to establish the financial services industry in the British Virgin Islands has enabled the Territory to cement its position at the forefront of the global financial services market.

Premier Fahie highlighted the vital role the financial services sector has played in the BVI economy over the last 35 years as the Territory prepares to observe Financial Services Week from November 23 to 29.

Premier Fahie said, “The IBC Act was the foundation of an industry in the BVI which has been critical to our economic development and contributes significantly to the prosperity and wellbeing of our territory. We are grateful to God for all that it has provided us,”

The Premier further stated, “This month, we look forward to encouraging our younger generation to explore a rewarding and fruitful career in business and financial services here in the BVI. I encourage all the people of the BVI to join us in celebrating the innovation and expertise of our territory’s world-leading business and financial services sector.”

Ms. Donovan said it was through the efforts of visionaries including the then BVI Attorney General Lewis Hunte, a group of forward-looking lawyers - Michael Riegels, Neville Westwood and Richard Peters of Harneys and Paul Butler of Shearman & Sterling, that the law was written and is still seen as a brilliant, innovative development for international business law.

“The IBC Act was written as a response to a challenging business environment and it proved that being able to solve challenges through innovation is a part of our DNA, an approach that continues to this day,” Ms. Donovan further added,

In 1984 when the IBC Act was signed into law, the then Chief Minister Cyril B. Romney hailed it as “the most important legislation of the decade.” Designed as an innovative predictor of where global corporate law was heading, it has resulted in the BVI becoming a world-leading international financial centre enabling international companies a great degree of flexibility in their operations and an ability to quickly adapt their operations to commercial developments.

The IBC Act was replaced by the Business Companies Act in 2004. Under this law, almost 400,000 active companies are registered in the BVI.

Financial Services Week will be observed under the theme, “35 years of Innovation” with activities scheduled to begin on Saturday, November 23 to Friday, November 29. Activities will also be held in the BVI Offices of Hong Kong and London.