INSOL Hosts One Day Conference In The BVI 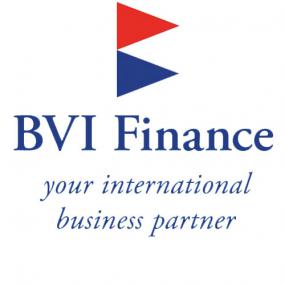 Last week, the International Association of Restructuring, Insolvency & Bankruptcy Professionals (INSOL), hosted its Fourth Caribbean Offshore Seminar in the British Virgin Islands (BVI) to explore the many different aspects of the offshore region that make it an integral part of the cross-border insolvency and restructuring landscape.

INSOL International is a world-wide federation of national associations of accountants and lawyers who specialise in turnaround and insolvency. The seminar, which was held on 17 November, 2016 at the Peter Island Resort, was hosted by INSOL in collaboration with the local insolvency association, Recovery and Insolvency Specialists Association (RISA) BVI.

This fourth gathering of the Caribbean Offshore Seminar focused on current cross-border insolvency and restructuring topics with a particular emphasis on issues relevant to the region. These included a look at some of the key offshore liquidations, challenges facing banks and regulators in the region, arbitration, and the establishment of the new BVI International Arbitration Centre.

The one-day conference featured a number of panelists and other distinguished guests including Mr. Russell Crumpler of KPMG; Mr. John Beechey, CBE of Beechey Arbitration; and Mr. Meade Malone of PKF (BVI) Limited to name a few.  All of the day's key speakers were selected based on their ability to provide expert views on the subject matter in an interactive and informative manner.

• Tales from the Coal Face

• Building the Picture from Day One

• A Look at Some Significant Offshore Liquidations

Head of Business Development at BVI Finance, Mr. Gary Hales commented on the conference stating, “It was excellent to see such a good turnout at INSOL’s annual conference in the BVI.  The education sessions were extremely helpful in developing knowledge and understanding and the timing of this conference was perfect when considering the launch of the BVI Arbitration Centre happening in the same week.”

He added, “The BVI has an important role to play in cross-border insolvency and restructuring so it was good to hear from a cross-section of impressive speakers from the BVI Financial Services Commission and practitioners in the field.”

The conference ended on a positive note with a networking dinner at Deadman's Bar and Grill at which attendees were given the opportunity to renew friendships and acquaintances and make new contacts.