National Unity Government of The Virgin Islands Sworn In 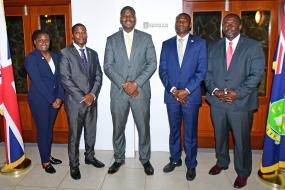 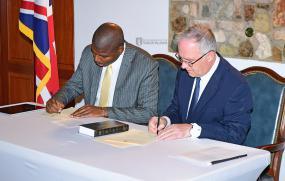 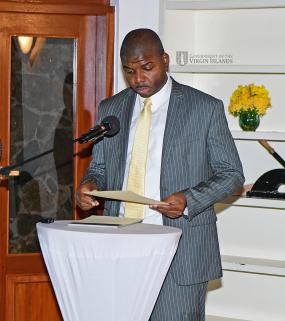 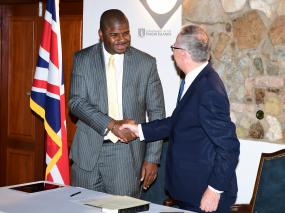 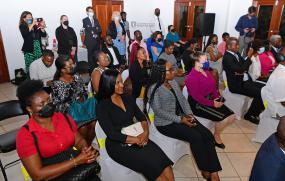 Governor Rankin congratulated the new ministers of Government, calling the evening’s ceremony a solemn and important one.

“I would like to join the Honourable Premier in pledging myself to work together in partnership to improve governance in the Virgin Islands,” Governor Rankin said.

Newly sworn-in Premier and Minister of Finance Dr. the Honourable Natalio Wheatley said he is proud to be appointed Premier.

“I am also proud to lead this National Unity Government that represents the hunger in our community for unification going forward,” Premier Wheatley said, adding, “It is my hope that this day will be remembered as the day that we began a new era of democratic governance in this Territory.”

The full slate of Cabinet members and Junior Ministers under the National Unity Government is:

Caption: Ministers of the National Unity Government took their oaths of office on May 5, 2022 at Government House. (Photo credit: GIS/Ronnielle Frazer)